Lost: “He’s Our You” Review

Posted in Television Show Reviews by Carlos Hernandez on 31 March 2009    Tags: he's our you, lost 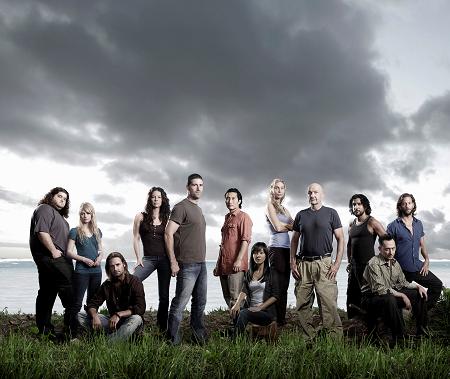 After spending some time away from the familiar formula that became a staple of the series, Lost returned to it’s roots with character centric flashbacks. This time we learned how Sayid ended up in the Dominican Republic, what drove him back to the States, and why he was directed on Flight 316 in handcuffs. The reasons largely centered on Ben’s doing, though it’s unclear if he hired Ilana to track Sayid.

The episode revolves around Sayid’s temptation and skill for killing. As a child, he turns the head of a chicken with no remorse before being congratulated by his father who acknowledges Sayid’s path to manhood. As an adult, he kills for Benjamin Linus. And in the present, he is tormented between killing the younger version of Ben – perhaps in hopes to prevent the future he has witnessed. The act becomes a personal battle for Sayid. Countless times throughout the episode he is given opportunity to save himself or flee. Instead, he declines choosing to remain in captivity awaiting what he proposes is his purpose.

Sayid-centric episodes always seem to be extremely interesting, though they do little to help sympathize with the character. Despite stories like losing the woman he loved, Sayid is almost always cast as a ruthless killer. He may fall in love with the woman he is assigned to kill, but death follows him no matter the situation. Though, those particular events may give the audience reason to feel for the character, it is his intense focus and ability to return to normalcy that reflects a personality of little regret for his actions.

That being said, Sayid is always filmed holding a blank stare after killing someone. It’s clear he does not enjoy being given a gift to kill so well, but he also realizes that a gift is to be used. When presented with this conflict in “He’s Our You” Sayid follows the same steps that have become a pillar for his duty – allow sorrow to fill his mind, shoot without giving good conscience an opportunity, and slump down in quick regret before escaping unnoticed.

The question that now remains is over Young Ben’s assumed death. No theory that may be floating across the internet seems to be able to answer how Young Ben’s death affects an older Ben. For this reason, it appears that most viewers are not convinced that Sayid landed a deadly shot. The answer to this may likely be answered next episode or soon there after.

Of course, if it is found that Young Ben survives the gun shot, it opens the door to question Sayid’s intent. All episode (and throughout the series) we have been led to believe that Sayid is extremely skilled at killing. It would then seem ridiculous that he could fail to kill a 12-year-old boy in close range. The only reasonable explanations could be: Sayid did not intend to kill Ben or the Island does not allow Ben to die. Either scenario will help build the story and lead to more questions.

Next episode we may learn what has happened to Young Ben. More importantly, the Losties will likely begin facing decisions that could alter their future. It will continue to be interesting to see what happens next.