Life As We Know It Blu-ray Review 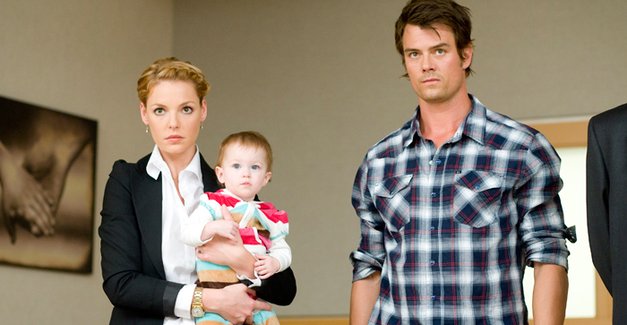 In Life as We Know It, Katherine Heigl and Josh Duhamel discover that their closest friends have appointed them guardians of their child in the unlikely event of their joint death–an unlikely event that has just happened. Make no mistake: There’s no reason this movie should have been any good. The premise is the worst kind of formulaic Hollywood claptrap; the pleasant but cautious Heigl (Knocked Up) is playing yet another uptight fussbudget; since a promising movie debut in the underrated Win a Date with Tad Hamilton!, Duhamel has largely coasted on his looks in tripe like the Transformers movies–yet Life as We Know It is surprisingly likable. After the movie gets through the basic exposition–and navigates some radical shifts in tone with unexpected deftness–the script somehow manages to make its clichés into something resembling real human situations. The colorful supporting characters are all entertainingly written and well played by a solid cast. And both Heigl and Duhamel give understated, engaging performances that manage to make the inevitable conclusion seem almost not inevitable. Director Greg Berlanti (The Broken Hearts Club) deserves kudos for skillfully balancing humor and pathos and turning this unpromising material into a sincere and enjoyable movie. 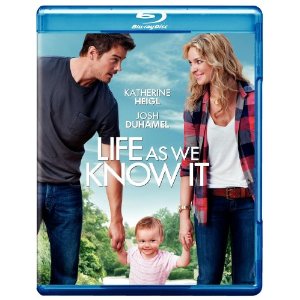 Once in a while you see a trailer for a movie that makes you think “hey this could be funny” only to discover afterwards that the best moments were all on display in that 3 minute trailer. Its sad when that happens, especially when the premise is a good one. I remember watching the trailer for LIFE AS WE KNOW IT and thinking it had potential. Katherine Heigl has starred on TV’s GREY’S ANATOMY and KNOCKED UP. Josh Duhamel was in TRANSFORMERS and the TV show LAS VEGAS. These are two attractive stars in a romantic comedy so what could go wrong? Unfortunately several things.

The story revolves around Holly Berenson (Heigl) and Eric Messer (Duhamel). Originally set up on a blind date that goes terribly wrong in mere minutes, the two see each other in passing when invited to their best friends family events. Each is so close to one or the other that their friends make them godparents of their daughter Sophie. Then tragedy occurs when the unthinkable happens. Their friends die in a car accident and suddenly Holly and Messer find themselves the custodian of Sophie. Unfortunately their friends never gave any details to either of them about this plan.

Now Holly and Messer find themselves in unknown territory. To begin with neither of them knows anything about raising a child.
They also discover that there are no family members who can take care of young Sophie with any caring. One cousin has nine children of his own to worry about and Sophie’s grandfather takes his oxygen with him as well as being able to do not much of anything.

Then there’s their careers to think of. Holly is in the early stages of a successful bakery/catering business about to add a restaurant to her building. Messer is a television technician who works the board for local sports events in Atlanta. But the two of them work out schedules on a board and do their best, both deeply caring about Sophie and what is good for her.

But the best laid plans have a tendency to find problems. Toss into the mix a gaggle of neighbors who seem to be in the know on most everything and flirtatious with Messer as well as a social worker who must approve of the pair with several surprise visits and the recipe for disaster is just around the corner.
Movie Quality: 5/10

The print is presented in 1080p/AVC MPEG-4 with a 2:40:1 aspect ratio. I found this print to be rather eye pleasing with vibrant colors. Fleshtones are very natural and accurate, considering that we see a few bare necessities throughout. Black levels are solid throughout. The image was also sharp with excellent details. The image is clean and pristine making this a very nice looking image.
Print Quality: 9/10

The audio is presented in a DTS-HD MA lossless 5.1 mix. This is a film where the soundtrack sounds very good taking advantage of the entire soundfield with the various songs from the soundtrack played in the background. Bass is rather deep; there is a nice dynamic range of sound across all speakers. Dialogue is very clear and well balanced through the center channel.
Print Quality: 9/10

The movie is total fluff, lighter than marshmallow cream. The only good thing one can say about it is that both lead actors here do a great job and are both easy on the eye. Sadly both actors are also in a downward spiral when it comes to movies like this.
Overall Rating: 6/10