Lie to Me The Complete Third and Final Season DVD Review

Posted in DVD Reviews by George Theofanopoulos on 04 October 2011 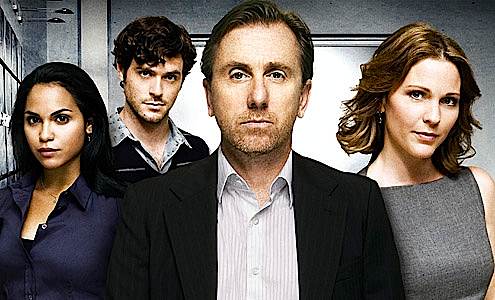 Complete your collection with this thrilling and compelling third and final season of Lie to Me, featuring an all-star cast led by Tim Roth, Kelli Williams, Brendan Hines and Monica Raymund! Dr. Cal Lightman (Roth), the world’s foremost expert on detecting lies and deception, returns as he and his brilliant investigative team take on their most intriguing cases to date, ranging from museum heists and kidnappings to mysterious cults and murder. Featuring exclusive deleted scenes found only on DVD, the thought-provoking and highly addictive third and final season of Lie to Me is not to be missed – and that’s the truth! 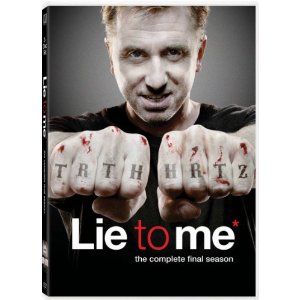 It started off as a brilliant premise. The first episode gripped me with its ingenuity – it’s a fantastic idea to analyse the body language and verbal nuances of not only criminals but regular people. Maybe a little far-fetched at times but incredibly interesting. Cal was eccentric, a British ‘House’ maybe, but I enjoyed his acting and although I usually don’t like mixing British and American actors in one cast I thought that in Lie to Me, it worked swimmingly. It’s somewhat reminiscent of the show ‘Psych’, but with better actors, fewer jokes and a different target audience.

Now I’m watching season 3 and I’m considering not watching the rest. It’s almost as if the writers assumed that their viewers all watched from the very first episode. No more clever observations with body language, no more quick zooms to show the audience what emotion the accused is showing, no more focus on the original premise. Not only do I find that there’s less and less observation going on and more focus on guesswork and ‘gut feelings’, but it seems the range of emotions being detected has literally been reduced to the recurring ‘guilt’, ‘fear’ and ‘shame’. Where is the broad range? Where is what we saw in season 1? It feels like the writers assume that their viewers already know the whole shtick of being shown exactly how a character displays a certain emotion, skips that part and goes straight to the diagnoses. Not only that but it seems that the characters are manipulated less and less and it’s become more about tricking the characters into coming to the Lightman Group and being interrogated in the box.

I’ve also noticed that the 3 supporting characters are constantly being berated by Cal Lightman. He seems to give less and less weight to their opinions and it always silently criticising them. This wouldn’t bother me had it been that way from the start – but as the character of Cal becomes less likable due to his now highly exaggerated eccentricity, his two subordinates are reduced to bumbling, guessing idiots in his presence. They rarely make intelligent observations – in fact…where did the science even go in this program?!

Another thing I don’t enjoy generally in programs, something that has been used here, is the emphasis on Cal’s shallow subplot. Just as the science is mentioned less, so the back story of Cal Lightman is emphasised. Granted, he and the actor who plays his daughter have incredible on-screen chemistry and she is rather likable with her ability to call her father out on his faults, all while flashing her big doey eyes. But in my opinion, her character is overly mature for a 16- year-old girl and it’s becoming irritating that she constantly barges into her father’s office demanding to know what he’s up to. The others respond to her as if she were their boss, not as if she were a 16-year- old girl with no business being around the office.
Movie Quality: 7/10

Overall I enjoy the show but I really wish the writers would stay true to the original intent of the show – to play around with the fascinating science of human behaviour and come up with mysteries that can be cleverly unwoven by behavioural observation, rather than simply interrogating every single witness and showing a gros plan of their apparently scared faces.
Overall Rating: 6/10