Lie to Me The Complete Season Two DVD Review

Posted in DVD Reviews by George Theofanopoulos on 29 November 2010 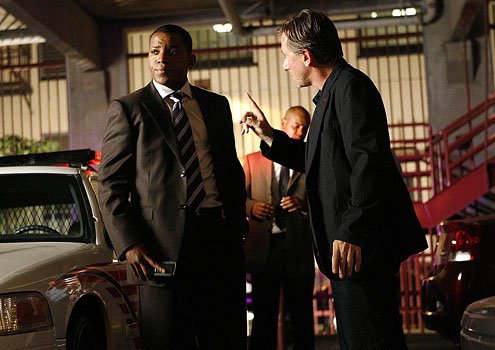 Uncover the truth behind the lies in the addictive and thought-provoking season two of Lie to Me, the compelling hit drama from the producers of 24. Tim Roth returns as Dr. Cal Lightman, a psychologist whose uncanny ability to read the truth behind people’s facial expressions and body language makes him the world’s foremost deception expert. Aided by Dr. Gillian Foster (Kelli Williams), FBI Agent Ben Reynolds (Mekhi Phifer), and a dedicated team of investigators, Lightman faces new lies, new cases, and new challenges, including a murder suspect with multiple personalities, a terrifying hostage crisis, and the mysterious demons of his own dark past. 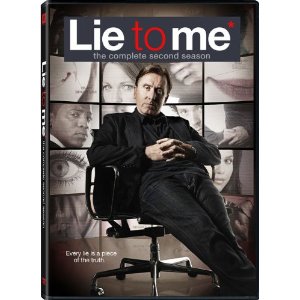 the show focuses on Dr. Cal Lightman (Tim Roth), the head of The Lightman Group. His company is in the business of researching how to know if someone is lying or not. Cal has come to the point where by simply looking at a person as they speak he can recognize the tell tale signs that they are indeed lying, a human lie detector if you will. The show simply involves him in stories that revolve around both clients seeking his help and his personal life where it comes in handy. Everything from being taken hostage by a man accused of killing his wife to wondering if his teenage daughter is visiting college frat parties is fair game.

But Lightman is not alone. Along for the ride is long time friend and partner in the business Dr. Gillian Foster (Kelli Williams). Foster is the rational mind to Lightman’s off kilter style of handling things. Where Lightman might seem completely off the wall most times, Foster is one who keeps things together and does most of the clean up work afterwards. Season one featured Lightman discovering that Foster’s husband was cheating on her. Season two deals with her being newly divorced which in usual TV series would lead to her going to bed with Lightman. Not so here.

There is a strong bond between these two characters that surpasses physical attraction. This is not the MOONLIGHTING/X-FILES type series where we are certain the lead characters will fall into bed with one another. These two are friends first and foremost as well as partners. They genuinely care for one another. They watch each other’s backs. But season two sees trust issues come between the two of them that will eventually need to be confronted.

Helping out in lead roles are Monica Raymund as Ria Torres, a Lightman protégé he discovered in season one working as an airport passenger inspector. Recognizing that she had a natural gift for spotting lies, something that is quite rare, he has hired her for the Lightman group and is honing her abilities. Season two finds her sharpening her skills and learning to realize she should trust those skills more often.

Rounding out the Lightman Group cast is Brendan Hines as Eli Loker. Loker is a different sort of character. He does much of the research and is learning Lightman’s techniques, but he doesn’t have that natural ability. His character works hard but feels underappreciated and flirts with the idea of leaving throughout season two. But while Loker can’t recognize it, viewers get the impression that Lightman has big plans for him. It’s just that Lightman, the curmudgeonly out of synch with kindness type, never lets on just what those plans might be.

Season two finds The Lightman Group with a problem that starts early on. With Cal’s ex-wife considering a move to Chicago and taking their daughter Emily (well played by Hayley McFarland) with her, Cal decides to buy out her shares in the company so that she can use the funds to start her own law practice there in D.C. Of course this puts a financial burden on the company which changes the dynamics of the show. Rather than pick and choose the clients they want to learn from, the company now must take on simple tasks like discovering if a rich man’s wife cheated on him or not since they’re in a battle over a prenuptial agreement. It rankles Lightman to take on these cases but it pays the bills.

The underlying personal affection between Lightman and Foster continues and while it never reaches the aforementioned stage of a series where they end up in bed, the attraction and the love between two non-married, non-dating people teases each and every episode, whether they’re making eyes at one another or fighting over the business. To this day I’m still not sure where these two will end up and that makes for more interesting viewing.
Movie Content: 9/10

Lie to Me continues to be one of the most unique and intriguing shows on TV. It’s intriguing psychological twists not only keep you on your toes but also subtly develops the inner layers of the characters.The acting is fabulous, which I suppose it has to be since the show teaches us to spot the signs of lying, ie acting. Tim Roth continues to steal the show but everyone in the supporting cast does an amazing job.
Overall Rating: 8/10