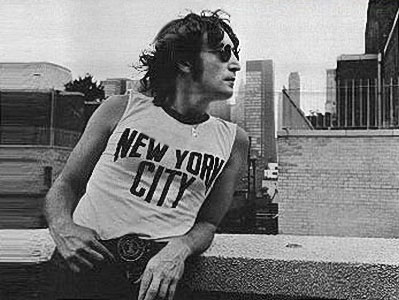 John Lennon famously began his life in working-class Liverpool. Just as famously, he lost it in every-class New York. This edition of American Masters explores the nine years he spent in the United States, counting the recording of 1973’s Mind Games in Los Angeles during his infamous lost weekend. Director Michael Epstein compiles his words with new interviews, photographs, home movies, and performances (including studio outtakes). In 1971, Lennon and Yoko Ono sought to escape the hostility of the London press and reinvent themselves, so they moved to the Big Apple, where they hobnobbed with Andy Warhol and Abbie Hoffman. Former senator Tom Hayden talks about their efforts on behalf of the antiwar movement and how that caught the attention of the Feds who tried to deport them, while musicians recall the making of albums like 1974’s Walls and Bridges. Ono remembers Lennon’s househusband days with fondness, even if she still seems hurt when describing the night he slept with another woman (Lennon nemesis Richard Nixon had just won the presidency). In the end, he found the happiness he sought, even if it didn’t last. Other speakers include photographer Bob Gruen, talk show host Dick Cavett, Double Fantasy producer Jack Douglas, and Elton John, Lennon’s duet partner on the chart-topper “Whatever Gets You Through the Night.” LennoNYC, which takes an even-handed look at an enormously talented human being, duplicates events that appear in other films, like Imagine, but there’s enough vital material here to please fans old and new alike. 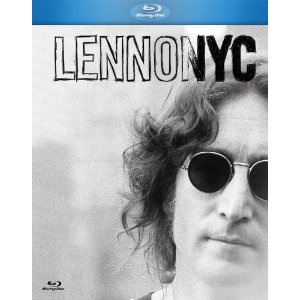 Of all the important musicians in the last century, it’s pretty easy to see that John Lennon stands out for his influence on music, pop culture, and society in general. Lennon himself – his music and activism – along with their effects on the world, have been well documented in countless short and feature-length documentaries. Now American Masters – “an ongoing series of award-winning primetime specials examining the lives, works, and creative processes of our most outstanding cultural artists” – takes on the subject of John Lennon and his time in New York City. The series has featured Andy Warhol, Charlie Chaplin, and Paul Simon, among others.

This Lennon profile is special in that it’s not a documentary about his entire life, but as the title suggests, focuses on his time in New York City with Yoko Ono, using numerous interviews with friends and bandmates along with never before-released in-studio recordings of Lennon. This is a documentary that assumes you already know quite a bit about Lennon and know why his time in New York is important and then goes on to both explain why this is true and give you a behind the scenes look at his life at this time. Without glossing over any of the rough patches (including the hiatus John and Yoko took and his subsequent time in Los Angeles), writer and director Michael Epstein gives audiences a true portrait of the legendary musician and activist as seen through the eyes of those around him (including Yoko Ono) and captured in in-studio recording sessions.

The film is thoroughly engaging, though not always structurally clear. Epstein begins with the story of Lennon as an immigrant, looking to make New York City his home though the United States government (the Nixon administration to be more specific) is seeking to get him deported for his various activist causes. This is an intriguing theme, and we’re privy to many of those around him discussing being followed and the FBI keeping records on them, but this storyline builds quickly and then goes on the backburner for over an hour before reappearing briefly at the very end. It’s an incredible part of Lennon’s story and well presented, but Epstein plays up Lennon’s immigration status so much in the opening that I always felt like I was waiting for that piece of the story to come back into play. The best parts of the film are the clips of Lennon in the studio and those around him discussing his studio style. Listening to Lennon in the studio is even more fascinating than you might suspect.

The portion of the film (near the end) that deals with John’s time after mending ties with Yoko, the birth of his son Sean, and the work on his last album is especially touching. As with any Lennon documentary, the ending left me wishing that there was a documentary about some alternate universe where Lennon was still alive so that the ending didn’t have to be so sad.

The print is presented in 1080p/VC-1 with a 1.78 aspect ratio. Nowhere did the image ever appear soft with such strong colors and black levels. Flesh tones were also natural. Some of the older footage does take a bit of a hit in quality, but that is expected. There is some grain throughout, but never a distraction. Blue tints look very strong as this color is used in several scenes. You will not be disappointed at all by the video quality.
Video Quality: 9/10

The audio mix is presented in DTS HD 5.1 Master Audio lossless track. The audio presentation is not as disappointing as the video portion of this film but could have used an extra bump. This film is primarily dialogue driven and there are a lot of scenes which end up sounding rather flat with lack of punch. The audio is about what I expected from a film like this being a documentary.
Audio Quality: 8/10

“LennoNYC” doesn’t break any new ground as a film and, in truth, doesn’t offer too much in new material. Of course, Lennon is one of the most documented figures of the last 50 years–so it’s no surprise! But Epstein’s documentary is an effective and affecting portrait of Lennon’s last years.
Overall Rating: 7/10