Legend of the Seeker: The Complete Second Season DVD Review

Posted in DVD Reviews by George Theofanopoulos on 06 October 2010 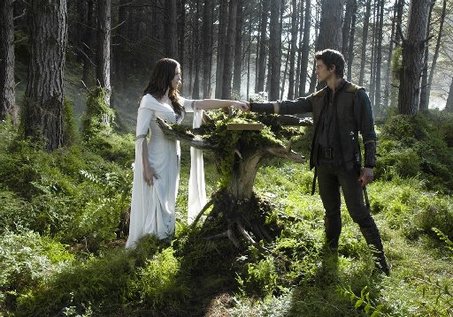 Television’s epic fantasy Legend Of The Seeker returns for a spell-binding second season. Relive every exciting moment uninterrupted in this sensational 5-disc box set complete with exclusive bonus features. The ultimate battle between good and evil reaches new heights as a tear in the veil separating the world of the living from the underworld unleashes the most powerful forces the world has ever known. Only the mythical Stone of Tears can seal the cracks forming across the globe and only the Seeker, with the help of Kahlan and a fiery Mord’Sith named Cara, can find the stone and close the rift once and for all.

Journey to the thrilling world of mystery and mysticism with all 22 episodes of Legend Of The Seeker: The Complete Second Season, and delve even deeper with never-before-seen bonus features available only on DVD. 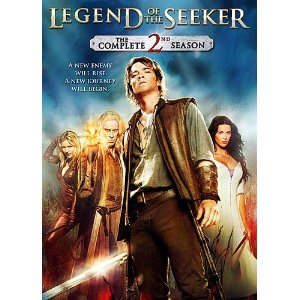 Usually when the hero of a fantasy series kills the villain and saves the world, that’s where the story ends. But apparently Richard Cypher isn’t getting that kind of break. “Legend of the Seeker: Complete Second Season” is a creepier, grimmer affair in places than the previous season, with a new onslaught of grotesque monsters and magical adventures.

Richard (Craig Horner) and his friends join in the celebration of Darken Rahl’s death… only for their banquet to be crashed by a monstrous “skreeling.” Apparently rifts to the underworld of the dead (ruled by the evil Keeper) are opening, and undead banelings are rising to attack the living.

The only way to stop all this: find the legendary Stone of Tears. So Richard, Kahlan (Brigit Regan), Zedd (Bruce Spence) and the Mord Sith Cara (Tabrett Bethel) set out on a new quest. The problem is, a new prophecy has risen saying that Richard has to be replaced by a new Seeker, or he’ll end up HELPING the Keeper.

On their journey, the little group must deal with banelings, pacifists, magical disasters, a clueless young Confessor, a familiar Mord Sith enemy,vengeful monsters, a mysterious young girl who claims to be the Creator, and an old enemy returned from the dead. And when the mysterious Sisters of the Light (nuns?) briefly take Richard into the Old World, he discovers that there is a force fighting on behalf of the Keeper — the Sisters of the Dark (evil nuns!).

The second season of “Legend of the Seeker” is a much darker and bleaker story than the first season was. Not only is the whole world threatened with annihilation, but we’re treated to rotting-faced undead, terrible deaths, and occasional trips into the writhing screaming Dantean misery of the Underworld (so… good people go to hell too?).

Don’t worry. Most of the time, writers rely on what works best: solid standalone stories threaded on a season-long arc, with plenty of sword-swinging action, lush New Zealand scenery and magical artifacts. And there are some delightfully funny episodes (“Princess,” in which Cara has to pretend to be a ladylike royal), and snappy dialogue. It all culminates in a brilliantly complex, emotionally-wrenching finale that wraps up everything quite nicely.

And while Richard is still a gold-hearted sweetie, the newly-scruffy Horner gets to explore some of his character’s darker facets — Richard has to struggle with his rage, sorrow and resentment, as well as some discoveries about his family. Regan and Spence both give excellent performances as well, especially when Kahlan and Zedd are hit by magical mishaps.

As a new addition to the main cast, Bethell gets to shine as the sarcastic, chilly Cara, who starts to slowly warm up and even briefly gets a boyfriend. And Craig Parker has a smaller but still excellent role as the casually villainous Darken Rahl.

“Legend of the Seeker: The Complete Second Season” is a darker story than the first season, but the excellent actors and writing carry it through smoothly.
Overall Rating: 8/10