Bernardo Bertolucci’s controversial 1973 film stars Marlon Brando as an expatriate American in Paris reeling from his wife’s suicide and entering into a nihilistic sexual relationship with a young woman (Maria Schneider). The film is still shocking, not simply because of its (sometime unconventional) sexual sequences, but because Brando’s protagonist needs his liaison with Schneider’s character to remain anonymous, an experience not to be shared but indulged on either end. Bertolucci is also operating on subtext here: in a way, Brando’s nonengaging engagement is a metaphor for a certain attitude toward directing movies. Jean-Pierre Léaud costars, but the film is more than anything a vehicle for a great performance by Brando. 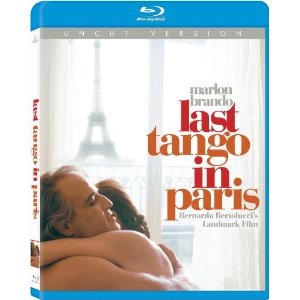 Brando/Paul’s soliloquy to the body of his wife dead by suicide is memorable, disturbing and informative all at the same time. He starts out by insulting her using the most degrading words possible. He displays his confusion, hopelessness and abandonment and ends with an outpouring of his own unspecified…guilt. There is a moment when we fear that Paul might attempt an act of necrophilia on the dead woman.

In his ‘relationship’ with Jeanne we perhaps learn something of the nature of Paul’s guilt. He’s a sado-masachist and, Jeanne, despite her beautiful body, is a child. Therefore, there is a strong pedophilic component of the diseased relationship. Jeanne reacts, not as an abused woman, but as an abused child.

Paul forces the girl to drink the deepest dregs of sexual humiliation, depravity and degradation. Sex is not for love but for hate….and the more hateful the better. Jeanne, reacting as a child, comes back for more and more and the ending is predictable. The very sick Paul is a sexual psychopath and Jeanne will die, either by her own hand, or by Paul’s hand following or during an act of sexual perversion and torture. This is not a movie for everyone and I would not recommend this as an initial purchase if you are on the fence.

The print is presented in 1080p/AVC MPEG-4 with a 185:1 aspect ratio. The image is very colorful helping out the image tremendously as the original film colors were muted. Black levels are deep. Grain is present, except it is very subtle and could go unnoticeable to some. The print has been cleaned up for the most part, with only a few scenes carrying a few specs of dirt. Details are also very well apparent.
Print Quality: 9/10

The audio is presented in a DTS-HD MA lossless 5.1 mix. This is not a mix that will blow you away, but the rears do provide several moments of excellent sounding effects from the score. The score is very good and fits the film well. The dialogue is clean and clear through the center channel. This is a well balanced mix.
Print Quality: 9/10

It certainly deserves some credit for breaking new ground in its portrayal of a sexually explicit and kinky relationship, there are one or two scenes in which Brando truly is great, and as one negative reviewer here said, it’s something of an achievement to manage to make Paris look ugly.
Overall Rating: 6/10