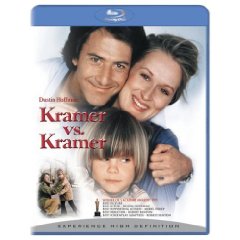 In one of the greatest films of all-time, ‘Kramer vs. Kramer’ takes divorce through a gripping struggle for a father to bond with his son after years of neglect. The film won 5 Academy Awards in 1980 which is monumental for a film. It won Best Picture, Best Actor, Best Supporting Actress, Best Director and Best Screenplay (adapted). Not too many films can say that they have walked away with this many Academy Awards. With great Academy success, the film was also a box office smash with a total gross of $102 million dollars.

Ted Kramer (Dustin Hoffman) has spent the last few years of his life neglecting his six year old son Billy (Justin Henry) and wife Joanna (Meryl Streep) due to being consumed into his work. One day his wife decides to leave both Ted and Billy since she is unstable right now to be a mother. A lot of this has occurred due to Ted and his actions on how he has not treated his family with proper attention. On paper this is a very simple story that could have fallen flat, but the performances by everyone involved were fantastic. Robert Benton’s direction for the film works well as he goes for emotion. Emotions are what pulls the viewer into this film and makes them care for the actors involved.

There is little interaction between Ted and his ex-wife Joanna, as the film solely relies on Ted and Billy’s relationship. You see Ted change a lot over the course of the film as he becomes more compassionate for his son. His scenes with Billy just tug at your heart as the film progresses. The film paints Streep in such a bad light as a mother that leaves her family to go find herself, yet she returns several months later trying to reclaim Billy. Things come to a head towards the end of the film in the court room scenes as the battle begins between both Kramer’s for custody of their son. Not only do the emotions pour out of the screen, they will tug at you if you are a person with a heart.

I have always been a huge fan of ‘Kramer vs. Kramer’ due to its surreal nature of family being torn apart by some of the simplest elements in life. While this is 2009 and the film does feel dated, the aspect of emotion and strong performances by Dustin Hoffman and Meryl Streep make this a very believable film experience.
Movie Content: 5/5

The print is presented in 1080p/AVC MPEG-4 with a 1.85:1 aspect ratio. This is one of the reasons why I love Blu-ray and high definition films. These studios can take 20-30 year old films making them look and sound just as good as the day they were released in the theaters. ‘Kramer vs. Kramer’ on Blu-ray offers a nice color palette with semi-decent details throughout the print. Details are great in some scenes and in others they appear to lack, but that is due to the way the film was filmed. There is grain present in the print providing a natural look for the film as it allows for a better tone throughout. The print is pristine from any damage or image issues.
Print Quality: 4/5

The audio is presented in Dolby TrueHD 5.1 mix. The film is a dialogue driven film with this being a very front heavy experience. Dialogue is clean and offers excellent depth with the TrueHD track. This also helps with getting some usage out of the rears as we get a few sound effects into the soundfield.
Audio Quality: 4/5 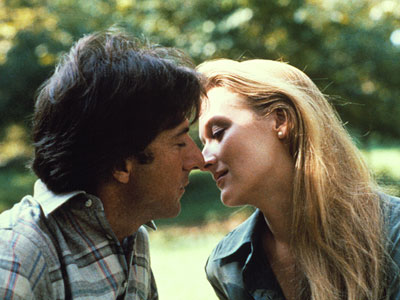 The film offers just a single feature, which after further thought it probably doesn’t matter that there is a lack of features since this isn’t a film that will appeal to the masses. It still would have been nice to have a few more extras for the real true fans of the film.
Special Features: 3.5/5

‘Kramer vs. Kramer’ is an excellent film that should not be missed, even though a few elements of the story do not hold up in 2009 with so many laws changing since the 1970’s. On Blu-ray, the video and audio are great considering that this film is celebrating its 30th Anniversary. I highly recommend ‘Kramer vs. Kramer’ on Blu-ray, this is a film that will tug at your heart a few times throughout the film.
Overall Rating: 4/5