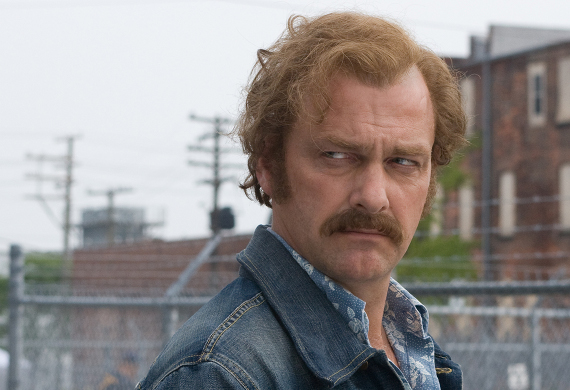 Over the summer of 1976, thirty-six bombs detonated in the heart of Cleveland while a turf war raged between Irish mobster Danny Greene (Ray Stevenson) and the Italian mafia. Based on a true story, KILL THE IRISHMAN chronicles Greene’s heroic rise from a tough Cleveland neighborhood to become an enforcer in the local mob. Turning the tables on loan shark Shondor Birns (Christopher Walken) and allying himself with gangster John Nardi (Vincent D’Onofrio), Greene stops taking orders from the mafia and pursues his own power. Surviving countless assassination attempts from the mob and killing off anyone who went after him in retaliation, Danny Greene’s infamous invincibility and notorious fearlessness eventually led to the collapse of mafia syndicates across the U.S. and also earned him the status of the man the mob couldn’t kill. Written and directed by Jonathan Hensleigh and also starring Val Kilmer, Paul Sorvino and Linda Cardellini, KILL THE IRISHMAN is inspired by Rick Porello’s true crime account ”To Kill The Irishman: The War That Crippled The Mafia.” 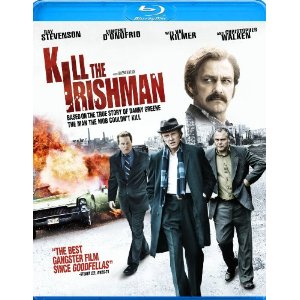 Danny Greene is a poor Irish orphan who grows up to become a gritty union leader at odds with and in cahoots with the local Mafia. Ray Stevenson does an excellent job portraying Danny Greene while Val Kilmer was less than spectacular as the detective investigating him. Perhaps the writers didn’t know what personality to give Kilmer, so they left it out. In spite of Danny Greene’s criminal exploits, we have empathy for him. Danny is both tough and smart is spite of not completing high school. His blue collar rise to the top gives us the bad guy “walking tall” feel.

Once Danny is caught, things change. He makes a deal to stay out of prison by becoming a snitch to the surprise of Val Kilmer, but he is not a very good snitch. In one scene, Danny decides to clean up his own neighborhood by going up against a local biker gang. His wife (Linda Cardellini) watches Danny beat up a biker in the street and she appears to be surprised at his actions after being married to the guy for several years, knowing he is a mobster. She is not supportive.

Danny is forced to do things he doesn’t want to do, or at least that is how the film portrays Danny, as the kindly neighborhood bill collector, who only busts kneecaps when he has to. Good historical film without being a documentary.
Movie Quality: 8/10

The print is presented in 1080p/AVC MPEG-4 with a 1:85:1 aspect ratio. From the colors to the details, your jaw will drop if you look for some of the superb details. Colors are vibrant providing an excellent looking picture. Flesh tones are natural and accurate looking. Blacks look inky. Details are where this film shines the most with the camera even panning away in many scenes. Not once did I feel like I was at a loss for details making this a very strong presentation.
Print Quality: 9/10

The audio is presented in a Dolby TrueHD 5.1 mix. From the dialogue pieces and the effects in the soundfield, the audio is top notch. This is one aggressive mix during the action sequences providing a nice dynamic range and excellent panning. The sound makes you feel as if you are a part of the action and sitting right in the thick of things. Dialogue was clean and clear through the center channel. I found this mix to be well balanced with no point during the film did I have to use my remote to adjust the volume.
Print Quality: 9/10

The setting of the film adds to the flavor. Everything, from the cars to the homes, looks rundown. Overall, pretty entertaining and fun film for this genre.
Overall Rating: 7/10