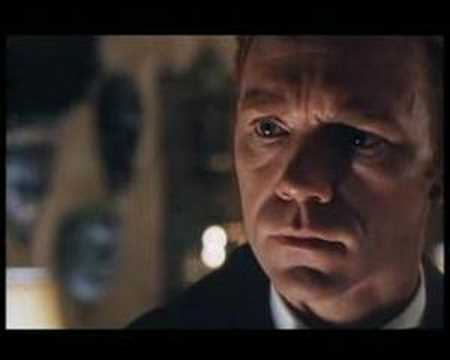 Neither director William Friedkin nor star David Caruso could redeem this vulgar, nasty script by Joe Eszterhas. Caruso is a politically ambitious assistant D.A. investigating the gruesome murder of a San Francisco bigwig. Too many clues point in the direction of his former girlfriend (Linda Fiorentino), a shrink who has a secret sideline as call girl to the rich and kinky. For good measure, she’s now married to Caruso’s best friend, Chazz Palminteri. Friedkin has done much better work in other places; even he can’t perform much magic here, though he tries, with a solid car chase (that suffers in comparison to those he staged in French Connection and To Live and Die in L.A.). 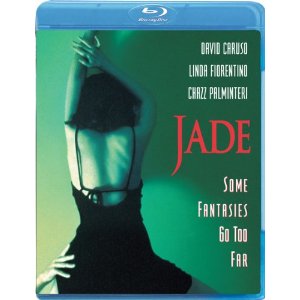 “Jade” was supposed to be Caruso’s big screen break through. He made a name for himself on two gritty TV shows, first as Shamrock Leader Tommy Mann (8 episodes, 1981-1983) on “Hill Street Blues;” and then as Detective John Kelly (26 episodes, 1993-1994) on “NYPD Blue.” He dropped out of “NYPD Blue” convinced that he was going to be a major movie star. “”NYPD Blue” will not be successful when I leave,” sang Caruso — a brash prediction that turned out to be oh so wrong.

“NYPD Blue” was a success without Caruso, but “Jade” was a flop with him. As much as I’d like to indulge in a little schadenfreud over his precipitous fall, Caruso wasn’t the worst thing about “Jade.” The fault in “Jade” lies more with the ill-conceived script by schlockmeister Joe Eszterhas and the egregious direction of William Friedkin. Both writer and director are capable of good work, as evidenced by Eszterhas’ “Basic Instinct,” and Friedkin’s “The French Connection” and “The Exorcist;” but then there is “Show Girls,” and “Sliver,” for Eszterhas, and “Cruising” for Friedkin. By 1995 both the writer and the director are much too jaded.

Nothing succeeds like excess, except when it crosses the line. In “Jade” the line that is crossed repeatedly is the line separating a well crafted story that makes sense — when the final mystery is revealed, all the pieces fall into place — and a story that makes no sense whatsoever: car chases, explosions, kinkiness, anything to shore up the viewer’s flagging interest.

Chazz Palminteri was superb as Phil in “Hurlyburly” a sociopath who threw his date out of a moving car on the way to a Jack in the Box, but do I buy him as a high priced attorney? No, he never could have passed the bar exam. Linda Fiorentino is supposed to be a femme fatale, but the evidence, like in the John Wayne Bobbitt and Lorena Bobbitt case, just doesn’t stand up in court. Fiorentino may have been hotter than July in “The Last Seduction” but “Jade” falls in another month altogether.
Movie Content: 4/10

The print is presented in 1080p/MPEG-4 with a 2.35:1 aspect ratio. Considering that this film is 15 years old, the film offers an above average rating against other catalog titles. By no means is this bad. Colors are strong but tend to run rather hot which can at times make the fleshtones look waxy. Black levels are deep. Details were good in several scenes on up close shots, but when the camera panned away there was a loss of detail. There is grain throughout the film, yet it never stays quite consistent.
Video Quality: 6/10

The audio is presented in DTS-HD MA lossless 5.1 mix. This is more of a front heavy experience. The dialogue was clear and crisp with no apparent issues. The mix is well balanced with the low usage of the surrounds. The rears do get some use with the soundtrack, but do not offer the excellent depth. that I expected. I would say that this mix was sufficient enough for this type of film.
Audio Quality: 8/10

“Jade” was a muddled mess, but it would be fun to watch in a Mystery Science Theater 3000 context where you could mock and make fun of the movie as it unfolded. I wasn’t impressed by the video and audio quality of this film as it could have been much more, but I think that the Lionsgate engineers tried too hard to make the print look too fine that it ended up hurting the fleshtones.
Overall Rating: 4/10