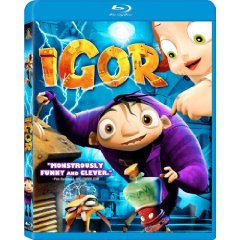 In Mary Shelley’s Frankenstein, the story revolves around the doctor who creates human life–not the hunchback assistant who helps him pull off the feat. In this computer-animated reinvention, John Cusack’s Igor doesn’t just take center stage; he stands in for an entire class of underappreciated workers. Igor knows more about science than Dr. Glickenstein (John Cleese), but in the gloomy town of Malaria, Igors simply follow orders. After reanimating grumpy roadkill bunny Scamper (Steve Buscemi), Igor decides he’s ready for a bigger project. When his condescending master exits the picture, he seizes the opportunity and constructs a Bride of Frankenstein-type creature (voiced by Molly Shannon), a sweet-natured gal who looks like Picasso’s version of Snow White writ large. When Igor commands her to be evil, she hears “Eva.” The name sticks. Then when Igor, Scamper, and their not-so-bright buddy Brain (Sean Hayes) take her to the brainwashing clinic so they can enter her in the Evil Science Fair, Eva leaves thinking her mission is to act rather than to frighten children, so Igor convinces her the fair is a rehearsal for the musical Annie. By the conclusion of this inventive tale, creator and creature save Malaria from itself, freeing the Igors and Evas to enjoy the same rights as the scientists and the royals, like Jay Leno’s King Malbert. As with Shrek and Monsters, Inc., Igor riffs on famous horror stories, while replacing scares with laughs, and the swing-era Louis Prima songs are an enjoyable touch.

Igor is an enjoyable animated movie spoofing the horror genre, in particular the Frankenstein legend. It starts out with a rather ill-advised voiceover (let’s face it, about 80-90% of all voiceovers are ill-advised!), but after a less than impressive introductory sequence, it becomes funny and creative, and crucially has some memorable characters to help it along.

The basic premise is that in the land of Malaria, things were all hunky-dory until some storm clouds came which wiped out the agricultural industry, and the king proclaimed that the only way to survive was to specialise in the niche market of building evil abominations, and the rest of the world would pay them not to unleash these wicked creations. Thus Malaria became home to many evil scientists, who all hope to win the prestigious Evil Science Fair. Each Evil Scientist has to have an assistant, of course, and naturally these assistants are all called Igor (though I never realised before that they had to graduate from Igor School!). One particular Igor, however, has ideas above his profession (if you can call being constantly abused and being asked to pull switches a profession) and wants to design evil abominations of his own, and win the Evil Science Fair. When a fatal accident befalls his current employer, Igor gets to thinking… and though no-one will take an Igor seriously, he believes that by achieving something no other evil scientist has ever managed before – creating life – he will be able to win over the people and get them to see past the hump on his back accept him.

Igor himself is a likeable character and of a sort we don’t see all that often – basically good, but trying desperately to be evil! The relationship between Igor and Eva (it was meant to be Evil something but she decided she liked Eva instead) is actually quite sweet, partly I suppose because it’s obviously not based on looks at all. Eva is the abomination who not only turns out to be quite nice but also very well-spoken, by the way.
Movie Content: 4/5 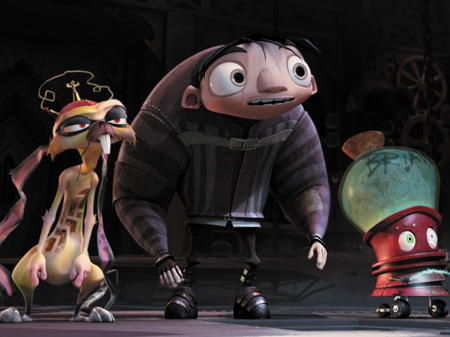 The print is presented in 1080p/VC-1 codec with a 2.35:1 aspect ratio. This is a rather impressive animation on Blu-ray. This is a very colorful film that is vibrant and pops. With a strong color palette, it brings out the fine details. Black colors are deep looking. Taking all these strong elements, they produce one sharp looking picture.
Print Quality: 4.5/5

The audio is presented in a DTS-HD MA lossless 5.1 mix. With this mix, all my speakers were working for their money. The dialogue comes out of the center channel very clean and crisp. I found the balance to be mixed very well between the soundfield and dialogue. I am glad that finally more and more releases on Blu-ray are coming with well balanced audio mixes.
Audio Quality: 4/5 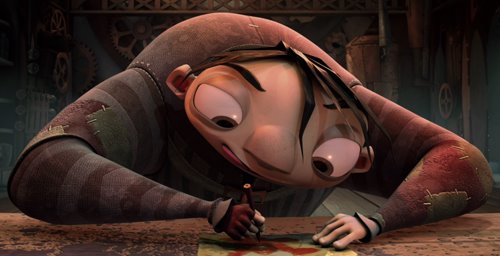 MGM really skimped out on the features with this film considering that it was also in the theaters.

Igor has a few fine moments of macabre mischief to enjoy before mediocrity sets in, along with a huge amount of distasteful chaos. Igor is crafty, just never triumphant or enchanting, trying too hard to ape previous morbid comedies and not focusing on the obvious problems at hand.
Overall Rating: 4/5