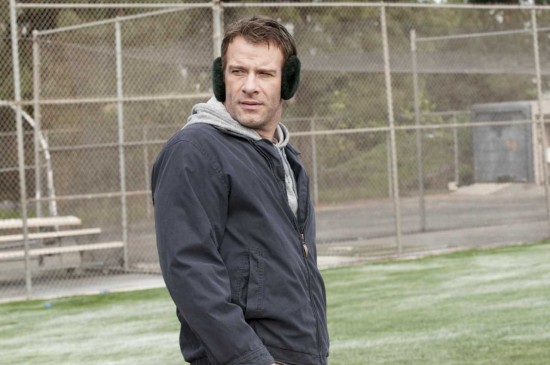 In its second season, HBO’s Hung continues to explore the dark side of the American Dream–with humor–through one of TV’s odder couples. After losing his house and facing the end of his teaching gig, Ray Drecker (Thomas Jane) is trying to get his life back on track. In his off-hours, he doubles as Richard, a happiness consultant. His handler, Tanya (Jane Adams), tries to bring in more clients, but business partner Lenore (Rebecca Creskoff) proves a formidable opponent. Meanwhile, Ronnie (Eddie Jemison) wants to have a baby with Jessica (Anne Heche), and twins Darby (Sianoa Smit-McPhee) and Damon (Charlie Saxton) are still bickering. 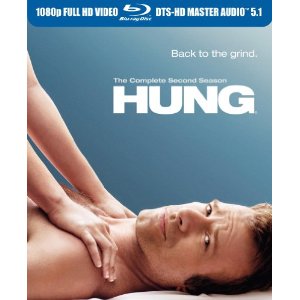 ‘Hung’ deals with the adventures of a good-looking basketball coach named Ray (played to perfection by mega-stud Thomas Jane) living in a suburb of Detroit. In order to make ends meet he enters the escort business as he possess a rather large bodily “tool” that lots of women find most attractive. The series deals with his interactions with his former wife, played beautifully by Anne Heche, as well as his two children. The second season mainly deals with Ray’s involvement with his two female pimps, Lenore and Tanya, who both have different ideas in making Ray a huge success.

I was a fan of Season One even though it took quite a few episodes to find it’s groove with me. Season Two was just plain bad. The finale of season one gave you the impression that Tanya was going to start getting tough and that never happened this season. It was basically her getting worse and more neurotic (if that’s possible!), Ray in ridiculous or just plain boring situations. (Yes, I understand the concept of a coach turned gigolo is just as ridiculous but some things were just irritating.) Focused way too much on things that viewers are looking to escape from and there was no pay off in the finale.

Season two, has 10 entertaining and well-written thirty minute episodes. Here is a list of those shows along with their original airdates.

If Hung remains engaging, the second year doesn’t make as much of an impact as the first, though Jane and Heche continue to do fine work (Creskoff and Adams come close to caricature at times).
Overall Rating: 8/10