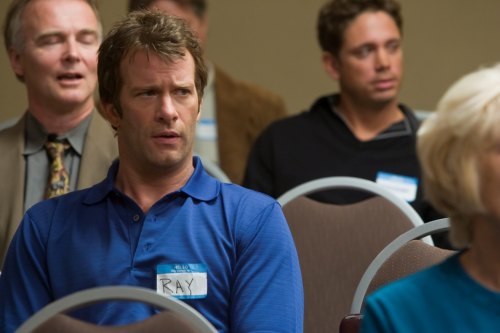 At first glance, Ray Drecker seems like an ordinary divorced dad who’s facing tough times and trying to make ends meet. But Ray’s got one extraordinary, God-given gift – call it his “winning tool” – that sets him apart from other underpaid high-school teachers. With a little help from an unlikely business ally named Tanya, Ray is about to hatch an inspired plan to ride his winning tool all the way to a moreproductive, debt-free life. 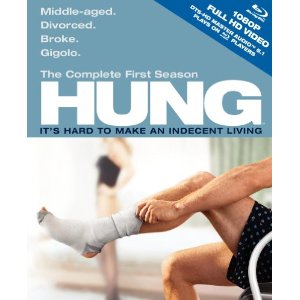 I thought the first season of this show was ok but I think it needs a lot of fine tuning to survive. Primarily, I found my attention wandering because the show was meandering. There are a lot of characters. All of the characters seem uncertain about what they are doing. Because they lack focus and intent, the show lacks focus and intent. Thomas Jane, he who is “hung”, sort of decides to become a prostitute to solve his money problems. He never really seems 100% committed to the proposition though. It’s as if he’s dabbling in it. His pimp, the woman poet, has the same problem. His ex-wife is also just a little bit more happily married to her 2nd husband than she was to him but her dedication to that marriage is also hanging by a thread. Their teen children are also aimless. It is thus not surprising that the show lacks Oomph and pizazz. Worst of all, I never felt like hiring Jane myself, never the faintest little jingle of charismatic attraction to him. Yes, he’s very good looking but a man who wants to attract lot of women typically exudes a lot more than just good looks.

I think Jane needs to rev up the charm and allure and shed the soft beta male attitude that is his habitual mien. His pimp also has to either be someone else entirely or she has to become focused and intent on promoting him. She has to step up to the plate, not drift up to it. The gal muscling in on her territory is a lot more believable as a pimp than she is. The ex-wife and the kids need to be pulled sharply into focus or go entirely out of focus. Right now they are just blobs on the canvas.

Most of all, the writers and overall creator of this show really need to get down to doing some heavy rewriting for season two, if there is to be a season two. I suspect it is their fault that this show is so unfocused. There is only so much actors can do when the script doesn’t know where it is going.
Movie Content: 7/10

The print is presented in 1080p/AVC MPEG-4 with a 1.78:1 aspect ratio. This is not the best looking HBO television series on Blu-ray. I was very surprised that the print did not look as good as it did watching this on broadcast television. I found colors to be lacking a bit and on the softer side. Black levels are strong, but not as good as they should be. There are some issues with artifacts and banding, which I did not expect to appear. Details are lacking throughout the entire series which is a shame for a newer release.
Video Quality: 6/10

The audio is presented in DTS-HD MA lossless 5.1 mix. The rears get a fairly good work out with a dynamic sounding experience. I couldn’t believe how dynamic the sound effects and the soundtrack were across all surrounds. Dialogue is well balanced and very clean. The sound here totally makes up for the inconsistencies with the image.
Audio Quality: 7.5/10

Hung has a promising premise, that of a struggling high school teacher with the gift of a gigantic penis. The show is slow and doesn’t deal with the Thomas Jane character being a male gigolo really that much outside of like 2 episodes. Hung isn’t really that funny, isn’t that sexy, and isn’t really all that dramatic. This series on Blu-ray offers an average transfer and a decent audio mix. I can only recommend this Blu-ray for fans of the show.
Overall Rating: 6/10