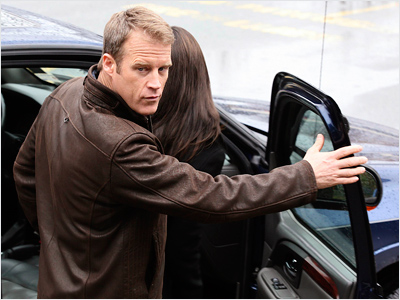 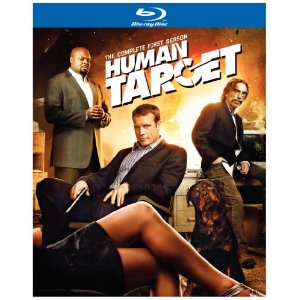 With ‘Human Target’ you have to check your sense of reality at the door, suspend your belief in what you know can and simply cannot happen to one man’s body through most all of these fights, but all that aside, there is nothing like it on TV at this time – and hasn’t been (save, perhaps in parts, ’24’) for a long time.

Part James Bond, part Indiana Jones (even the music from Bear McCreary is created with that subtle triumphant Indy swagger to it after he wins a battle!), ‘Human Target’ takes us all over America with Christoper Chance, played in fine style by Mark Velley (Boston Legal).

The twelve episodes are well crafted and brilliantly acted, but when you have the always-awesome Chi McBride (Boston Public) on your side, here in the form of Winston, the head of this secret operative group, well, you know (the sadly underappreciated ‘Pushing Daisies,’ anyone?!) you’ve got a winner of a show on your hands! Also, the odd (little) man out, Guerrero, is given such a mysterious allure by Jackie Earle Haley (Watchmen) that you can’t help but think of him as a snuggly, uncaged (pet) rat!

That said, and getting just a little bit quirky about certain things that tend to repeat, Guerrero HAS to stop saying “Dude” every other sentence; Baptiste (Lennie James – ‘Jericho’) HAS to stop saying “Mate” every other sentence; and Chance a) has to lose some of that belly fat for the second season (come on now people, you know this is true!), and b) has to start to limp once or twice – the amount of complete and utter beatings he gets each episode!

The talented Emmaunelle Vaugier (Two and a Half Men) as the fearless FBI Special Agent Emma Barnes, is a perfect match for Mark Valley’s Christopher Chance. Thankfully, after the red dress episode, we get to see her again – let’s hope see appears more in season two!.
Movie Quality: 9/10

From the pilot (with a corny CGI’d super train) to the season finale (where guest star Lee Majors is sadly under used!), the twists and turns (complete with requisite flashbacks) are all over the place. This is a truly wonderful series which deserves a second season – if not to take us further into knowing what happened at the end of the first season cliffhanger!
Overall Rating: 8/10