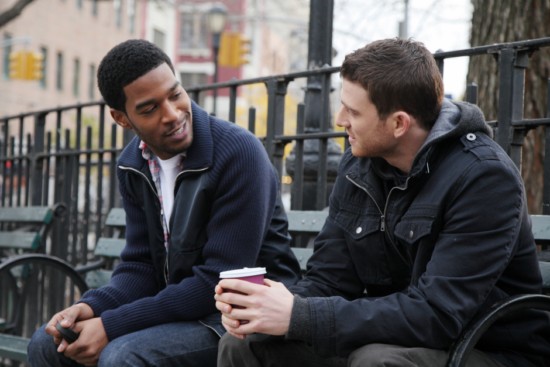 HBO’s hip, smart series How to Make It in America is a snapshot of the beating heart of young ambition and energy in New York City. Youth may flail–and even fail–but good ideas and smarts and an “angle” just might pay off in the City That Never Sleeps. The ensemble cast is terrific, including Bryan Greenberg, Victor Rasuk, Lake Bell, Shannyn Sossamon, Kid Cudi, and the always-hilarious Luis Guzmán. Some are layabouts, some are craven with ambition, some are artistes, some are thugs–and some are all of the above. Much like Entourage does, How to Make It in America follows a group of friends and acquaintances through their daily lives, and sometimes feels as aimless as real life really is. But the writing and direction and acting are all first-rate, and anyone who’s ever visited New York, or lived there, or dreamed of living there, will be captivated by the realism. The reality of New York is both romanticized and taken at harsh face value–such a vivid portrait, in fact, that the city feels like another character in the ensemble. And it’s true that as a metaphor where dreams are created–or dashed–New York is unparalleled. How to Make It in America works as a comedy, a drama, and a character study that completely draws in the viewer–even if the characters aren’t always likable. TV doesn’t really get any better than this. And remember–if you can “Make It” here, you can make it anywhere. 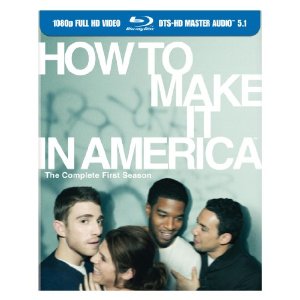 Starting your own business is risky, painful and full of stumbles. And that’s what How To Make It In America is all about — a clever little dramedy about three different businesses that are trying to get off the ground, and the highs and lows they encounter along the way. It’s a little quirky, gritty, and riddled with romantic problems.

Mild-mannered Ben Epstein (Bryan Greenberg) and his street-smart buddy Cam Calderon (Victor Rasuk) decide to start a denim clothing line called Crisp, but run into a bunch of problems — they have little money, one investor, no business plan and a disastrous sample. Even as their dreams seem to crash and burn, they discover a new business road has just opened up — if they can keep their hands on the merchandise.

In the meantime, Ben’s ex-girlfriend Rachel (Lake Bell) has a wealthy new boyfriend named Darren, which might be good for her designing agency — but bad for her personal life. And Cam’s cousin Rene (Luis Guzmán), who has just gotten out of prison, is going legit with an energy drink called Rasta Monsta — which is encountering the same sorts of problems as Crisp. This show is must-see TV for anyone who enjoys quality, authentic stories of people trying to make a living in urban NYC.
Movie Content: 9/10

This series was refreshing to see with all of the garbage on TV these days. I was hooked very quickly and waited each week for more. The character development was rich and interesting. You find yourself rooting for the characters to see them achieve their goals. This is a must own on Blu-ray as you will not be disappointed.
Overall Rating: 8/10