How I Won The War DVD Review

Posted in DVD Reviews by George Theofanopoulos on 09 May 2011 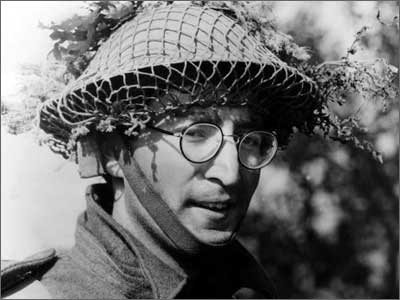 John Lennon stars in his first film performance in this hilariously surreal collage of battle footage and one-liners lampooning the absurdity of the war.  Michael Crawford also stars. For a limited time, How I Won the War Special Edition comes with a Commemorative Photo Album, which features behind the scenes photos from the film.  The feature has been remastered for this DVD release with supervision from Richard Lester (Director), and John Victor-Smith (Editor). Now you can bring home John Lennon’s only non-Beatles performance in a feature film. 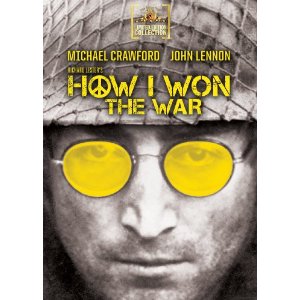 To most film lovers, Beatle extraordinaire John Lennon is probably best known for the movies that he made with the Beatles, such as “A Hard Day’s Night” (1964) and “Help” (1965), both directed by Richard Lester. But Lennon also starred in another Lester film, “How I Won the War,” which originally was not a critical success, but with time has deservedly become an anti-war comedy classic. And this treasure is finally available on DVD, a true movie collector’s dream.

The film’s main star is Michael Crawford, a respected English actor, who sadly is mostly known in the United States for his role of “The Phantom of the Opera,” but whom I fondly remember from “The Games” (1970). In “How I Won the War,” he plays Lt. Earnest Goodbody, a truly incompetent officer who commands one of the worst units in the British army. It begins in the Rhine, Germany, in 1945, when Goodbody is captured by the Germans. From there, it goes back and forth between his days in the battlefield to conversations with his German captor. We witness when he is recruited by an officer that tells him, “Funny things happen when the killing starts. Some don’t like it. That’s when you come in…” He is given a mission that takes him to Tunisia, where he is sent with his brigade of musketeers.

One of his soldiers happens to be the sarcastic Gripweed (John Lennon), who, like his partners, feels uncomfortable with Goodbody’s inept command. In particular, I enjoyed Lee Montague as Sergeant Transom, an experienced officer also under Goodbody’s command, who pretty much keeps them alive. We follow the musketeers, as they are killed one by one, some in the most silly of circumstances. We also meet a high commanding officer, who reminded me of Col. Kilgore in “Apocalypse Now,” who tells Goodbody that “fascism is something you grow out of.” In the end, Goodbody learns that “what is wrong with the army in general, is that there is not enough humanity in it.” Oddly enough, most of these situations are hilarious.

“How I Won the War” is a mix of many things: comedy, drama, and even surreal. Lester’s use of color is fascinating and refreshing. There are also scenes of actual war footage, which Lester uses for dramatic purposes. The film has been compared to Stanley Kubrick’s “Dr. Strangelove,” and I agree that it probably belongs to the same league. They are both complex and at times hard to follow, but they truly deliver. Perhaps, one of the most anti-war messages in the movie is when a soldier is told, “You’ll be fighting in a war that may well turn out to be a crusade.” This was in 1967, and it may sound familiar to some today.

“How I Won The War” will be of interest to fans of Lester’s other films and Beatles fans for Lennon’s solo acting appearence (although he is just a supporting player despite having him on the cover of the box). The movie is a solid satire with a number of witty moments.
Overall Rating: 7/10