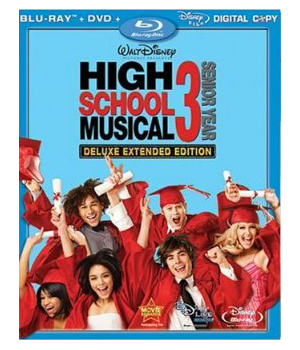 High School Musical 3: Senior Year is the third film in Disney’s record-smashing series, and the first to debut in theaters rather than on the Disney Channel, and while many of the elements are the same, the film is at times bigger to accommodate the big screen. All the usual characters are back, but not for long: it’s senior year, and the classmates are all facing the prospect of leaving East High in separate directions. Troy (Zac Efron) is ready to play hoops at the University of Albuquerque with best friend Chad (Corbin Bleu), but doesn’t want to be a thousand miles away from Stanford-bound Gabriella (Vanessa Hudgens). Taylor (Monique Coleman) is headed to Yale, while Sharpay (Ashley Tisdale), brother Ryan (Lucas Grabeel), and the school’s pianist-composer Kelsi (Olesya Rulin) are all in the running for a single scholarship to Juilliard. The showcase for them will be Ms. Darbus’ new musical, Senior Year, which will recap the academic careers of the students themselves. (So if the original HSM was a retelling of Grease, HSM3 is more A Chorus Line.)

There are a few new characters: Sharpay’s personal assistant Tiara Gold (Jemma McKenzie-Brown), and Troy’s hangers-on, Rocket Man (Matt Prokop) and Donny Dion (Justin Martin), who may give the franchise life beyond its original cast (if they make some headway in the likability department). But it’s all about the songs and the dances. Ryan and Sharpay sizzle in a classic-musical tribute “I Want It All”; Troy and Gabriella share a rooftop waltz in “Can I Have This Dance”; and Troy and Chad blow off steam in a salvage yard in “The Boys Are Back.” “Now or Never” is this film’s “sports song,” and Troy and Gabriella have their big duet “Just Wanna Be With You” and their own showcases, in “Scream” and “Walk Away,” respectively. If the closing anthem, “High School Musical,” seems on the self-congratulatory side, it’s a rare misstep in a series that has made a generation of tweens (especially girls) sing and dance and realize they can be whatever they want to be.

Disney has struck a goldmine here which is something that could have happened by mistake back in 2005. The original ‘High School Musical’ had a record breaking number of 77.7 million viewers watching on Disney Channel. Then add huge sales on DVD for the first two films, and this franchise has been the most successful by Disney Channel. The third installment was no slouch either, at the box office, the film made $241 million dollars worldwide.

I didn’t enjoy ‘High School Musical 3: Senior Year’ as much as the first two films. I think some of that attributes to the introduction of too many new characters that were placed here in the third installment. I do understand that a lot of this was done for the new characters to carry the torch to the fourth film. If there are any complaints, that is about it for me. Both Hudgens and Efron again show some really great chemistry and after two films, they should be on top of their game (which they are). The entire cast was great, even the supporting cast with the new comers. This should be rather interesting with ‘High School Musical 4’ announcement and advertising for casting.

The songs are as original and catchy! HSM3 soundtrack, are: 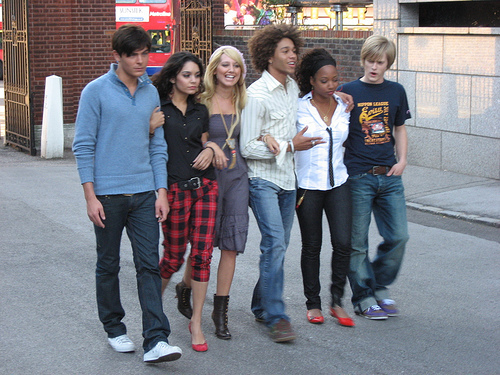 The print is presented in 1080p/AVC MPEG-4 with a 1:85:1 aspect ratio. The picture quality is excellent providing the best image out of all three films. The colors are vibrant and vivid; after watching the film on Blu-ray, the DVD version doesn’t even come close. The colorful choices on costume design and set design really help in giving this print a 3D pop. Black levels are deep.
Print Quality: 5/5

The audio is presented in DTS-HD MA lossless 5.1 mix. The music-driven sequences and music really comes alive with this audio mix. I did notice a few instances of rear channels being used during scenes with a lot of people but in most part, the film is dialogue and music driven and overall audio quality is also great.
Audio Quality: 4/5

Disney has been doing a fantastic job with the special features of their releases on Blu-ray offering high definition extras. Things aren’t any different here with ‘HSM3’ as we have almost all features in high definition which is how films should be treated on Blu-ray. Disc Two consists of a digital copy which works in both PC’s and Mac’s. Disc Three contains the DVD edition of the film making this one ultimate package for fans. I wish more studios would package their DVD counterpart with the Blu-ray, it would help push this format forward.
Special Features: 5/5 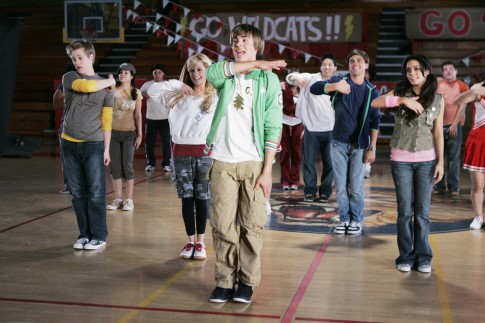 While ‘High School Musical 3: Senior Year’ may not be the best film in the franchise due to storyline, but the musical scenes are excellent. On Blu-ray, the image is excellent and would be how I recommend viewing this film. I am a little disappointed with the audio which has been an issue with the first two films also as the mix is still more front heavy.
Overall Rating: 4.5/5