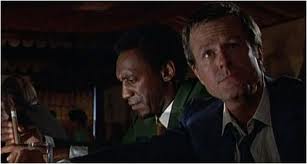 Bill Cosby and Robert Culp star as two down-on-their-luck Private Investigators who accept a routine request to locate a missing woman, little knowing they would be sent scrambling for their lives in a sizzling, violent underworld caper involving a $400,000 cache from an old robbery. Filmed entirely in sprawling, smog-laden Los Angeles, Hickey And Boggs is gutsy, fast-paced and offers everything anyone could ask for in a detective thriller. 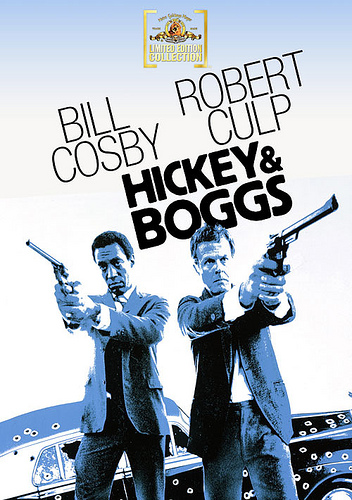 A few years after their successful run as partners in espionage on television’s “I Spy”, Robert Culp and Bill Cosby teamed up for “Hickey & Boggs”, a cynical 1972 neo-noir that Culp directed. Far from the adventurous, optimistic duo that Culp and Cosby portrayed in “I Spy”, Al Hickey (Bill Cosby) and Frank Boggs (Robert Culp) are private investigators with a dearth of clients and abundance of personal problems. They are hired by a Mr. Rice (Lester Fletcher) to locate a woman named Mary Jane Bower and given a short list of her known acquaintances. The first person on the list is found dead, the bodies pile up, the guns get bigger, and the police lose their patience with the detectives’ habit of withholding evidence. But Mary Jane (Carmen) seems to be the key to the loot from a big armored car heist, so Hickey and Boggs keep plugging away, with a $25,000 reward at stake and little left to lose.

“Hickey & Boggs” excels in presenting the private investigator as an emasculated relic, barely able to make a living, at odds with the police, relegated by laws and modernity to being “nothing but process servers”. The opposite in many ways of the pre-WWII heroic detectives like Sam Spade or Philip Marlowe. Even their antiquated firearms illustrate the obsolescence of the P.I.. This isn’t a respectable profession any more. Ex-cop Hickey and world-weary, alcoholic Boggs take their clients’ money, unconcerned that they are criminals. No one is especially sympathetic, and it is difficult to say who is victim and who is predator, as the fences, Mary Jane, and the detectives seem to be both. The unremitting cynicism and enfeebled protagonists aren’t to everyone’s taste, but they are typical of film noir of the 1970s.

The first half of “Hickey & Boggs” is riddled with short, out-of-context scenes of Mary Jane’s activities that don’t make sense until later. The confusion diminishes somewhat as the film progresses, but the plot never does entirely come together. Mary Jane and her partner must fence the money, because the bills are too big for them to spend. But the actions of the various fences who compete for the money don’t make sense. Mary Jane is trying to break $1000 bills, which were taken out of circulation in 1969 and had not been printed since 1945. Those look like new bills in the movie. This story didn’t need to be as disjointed as it is. I would excuse the confusion early in the film if it reflected the detectives’ state of mind, but it really doesn’t, because they are following a different trail of evidence. Nevertheless, “Hickey & Boggs” is a heavy dose of pessimism that will more than satisfy the misanthrope in anyone.
Movie Quality: 7/10

If you love 70s detective cinema, you have to check this out. The cars, the suits, the locations, the style. And the seriousness of the solid filmmaking. In fact, I suspect if this film had the name of another director on it – like Don Siegel or Robert Aldrich – it wouldn’t have fallen by the wayside as it has.
Overall Rating: 7/10