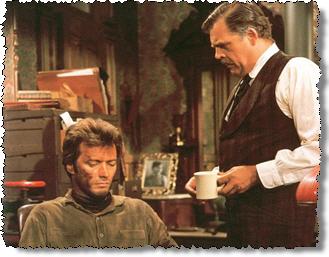 After starring in the now-legendary trilogy of spaghetti Westerns for Italian director Sergio Leone, Clint Eastwood became a box-office star and imported the style of those classic shoot-’em-ups for this 1967 Western directed by Ted Post, with whom Eastwood had worked during their days on the television series Rawhide. Eastwood plays an innocent rancher who is mistaken for a cattle rustler and sentenced to hang by an angry mob. When he is saved from the noose by a passing lawman, he embarks on a renegade campaign of vengeance against the men who attempted to lynch him. Hang ‘Em High offers a number of memorable moments and stylistic flourishes, and features a superb supporting cast of Western veterans, including Ben Johnson, Ed Begley, Pat Hingle, Dennis Hopper, Bruce Dern, L.Q. Jones, and the “Skipper” himself, Alan Hale Jr. Made just three years before Dirty Harry, the film marked a turning point for Eastwood, who would soon move into a prolific period of contemporary thrillers. 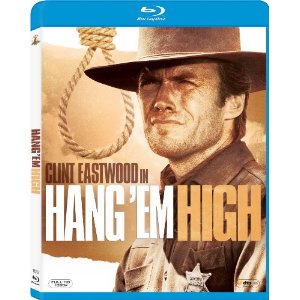 Following the huge success of Sergio Leone’s Dollars trilogy, Clint Eastwood returned to the States and made a western that is almost an American spaghetti western. Jed Cooper is driving his newly bought cattle herd home when a nine-man posse stops him, saying he stole the cattle and killed the owner. Without a second thought, they string Cooper up on a nearby tree without making sure he’s actually dead. A marshal happens to be riding by and cuts him down. After the truth is discovered, Cooper is let free where he takes a job as a marshal and starts to hunt the men down responsible for the failed lynching. The plot is pretty then as Cooper also deals with other crooks, not to mention some confrontations with a power hungry judge. There’s some good action throughout, and the style in general is similar to Leone’s westerns. Because of the similarities, Hang ‘Em High doesn’t quite live up to expectations, but it’s still worth a watch for western fans.

In a role similar to the Man with No Name, Eastwood is Jed Cooper, a man with a taste for revenge after he’s wrongfully accused of cattle rustling and murder, then left to hang. Eastwood at his best here, a man on a mission who will stop at nothing to get the job done. Inger Stevens is the love interest, Rachel Warren, a woman searching for her husband’s killers who raped her. Ed Begley plays Captain Wilson, the leader of the posse who hangs Cooper, but upon realizing he’s still alive much later becomes terrified of being hunted down.

Pat Hingle is a good counterpart to Eastwood as Judge Fenton, a power-hungry judge trying to bring frontier justice to the Oklahoma territory. Ben Johnson and Charles McGraw also make memorable appearances as two sheriffs Cooper encounters. The posse includes Bruce Dern, Alan Hale JR, L.Q. Jones, Joe Sirola, and Bob Steele. As good a cast as the movie boasts, there are so many good characters that many aren’t dealt with or developed enough.
Movie Content: 7/10

The print is presented in 1080p/MPEG-4 with a 1.85:1 aspect ratio. While this is the best this film has looked to date for home video, there is some issues that I had with the print. Colors lacked any kind of punch and the film holds a very soft/dirty look throughout. There is heavy grain throughout the print, but tends to taper off a bit as the film progresses. Black levels are deep which I found to be a positive for this film. Details are good for up close shots providing some nice clarity overall. For a time period piece, the film looks great on Blu-ray considering the films age.
Video Quality: 7/10

The audio is presented in DTS-HD MA lossless 5.1 mix. The film’s original mono mix has now been brought to us via DTS-HD MA lossless 5.1 mix which helps add some dynamic to the film. This film has a very front heavy experience with the film’s sound peering through the rears. Considering the age of the film, I was not surprised that this was more front heavy overall. Everything coming through the front sounds nice and clear. Dialogue is prevalent through the center channel with no apparent issues. Do not go in expecting much from the rears because you will be disappointed.
Audio Quality: 7/10

After “The Man With No Name Trilogy”, Clint Eastwood had cemented himself as one of the best actors to play in westerns. This film is good, but not great when compared to the trilogy but Clint Eastwood trilogies will not be disappointed. Video and audio presentation is more than what I expected for the age of the film.
Overall Rating: 6/10