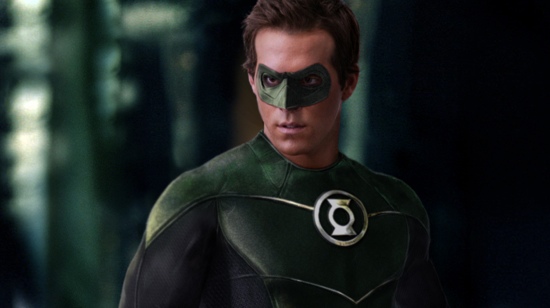 As far as superheroes go, Green Lantern may lack the clean, iconic lines of his more respectable DC counterparts Superman and Batman, but the very wonkiness of the premise (earthling joins elite force of space cops) lends itself to a pulpy, operatic, not-entirely-serious approach. (One of his teammates is a talking carrot, after all.) Capitalizing on a charming performance by Ryan Reynolds, the feature-film adaptation is a big, messy movie that, at its best, generates a feeling of aw-shucks wonder. Much like Thor, it isn’t afraid to loosen up on the inner turmoil of its hero and go macro. Based on comic writer Geoff Johns’s retrofitting of the title character, the story follows Hal Jordan (Reynolds), an impulsive test pilot whose encounter with a dying alien leaves him with an energy ring capable of weaponizing his imagination. While struggling to master his will-based powers, he must deal with threats both earthbound (a hilariously nebbishy Peter Saarsgard, who may be the first supervillain to rock a hoodie) and galactic. Martin Campbell, a director who specializes in more down-to-earth heroics (Casino Royale,The Mask of Zorro), brings a pleasing matter-of-fact baseline to the proceedings, an approach that makes the increasingly outlandish effects truly feel special when they occur. Green Lantern has its debits, certainly–the lack of a memorable theme, a second act that hems and haws before getting to the action, the standard origin story shoehorning in too many secondary plots–but its final scenes succeed on a Gigantor, cosmic level where most superhero movies fear to tread. The bigger it goes, the more goofily enjoyable it gets. 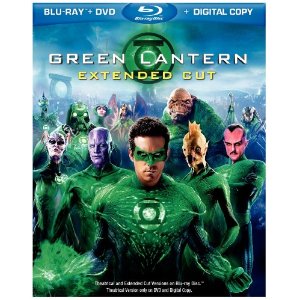 I am a big fan of Green Lantern ever since the Death of Superman saga back in the early/mid 90s. So that being said, I have had some time to fall in and fall out of the GL fanboy status but still my heart pumps that crazy green glow no matter what. Hence, when I heard that this movie was coming out I was absurdly ecstatic about it (kind of like how I was when I heard about Transformers). And much like Transformers, I didn’t go into this movie expecting much.

First of all, the movie had Ryan Reynolds as Hal Jordan. Ryan Reynolds as the care free, smartass Kyle Rayner maybe, but not as the serious and solemn Hal Jordan. Honestly, I could’ve seen Nathan Fillion in his younger days as Hal but really, the guy from 2 Guys and a Girl and a Pizza Place? And yet with my skepticism, he works. Despite what I would consider some major artistic license with this re-imagined version of the title character, Reynolds works his charm, comic timing, and overall sincerity to make this version of Hal Jordan very likable to the point that you might actually be reciting the oath with him (I did so under my breath at one point I think).

Folks gave this movie some major flak for some of the effects looking too cartoony. We all realize two things about this film right? One: this is a freaking comic book based movie for Christ’s sake! Magic ring and spandex! Granted, the 100% CGI costume is a bit overboard in my humble opinion and did have some moments of cheese with it. However, this is a movie about a guy who gets a magic ring and meets aliens one of which is a human sized chipmunk! Two: we do realize who this character/actor is? One scene in particular that many critics and audience members disliked was the race track that GL used to divert the falling helicopter. The ring makes constructs from the user’s will power and imagination. From the goofy and immature way that Hal Jordan is portrayed, who is really surprised by this? Yes it is cartoony to the point that it reminds me of “Who Framed Roger Rabbit” but it is sort of the way they were going for. Once again, not exactly how Hal Jordan is in the comics but once again, re-imagining and artistic license.

The acting and writing. OK, that I will give in on. The writing sounded like it came straight from the comics as Blake Lively is, I wouldn’t consider her the strongest actress out there. However, she and Reynolds do make an attractive couple and they do have decent chemistry with one another. Unfortunately, a lot of the other actors are relatively forgettable in this movie. And yes, there are some major plot holes in this film. The Guardians are beings from the beginning of time with infinite wisdom with one of them becoming the being known as Parallax and he somehow forgets about the gravitational pull deal? OK, fine I’ll forget about that. Then Sinestro after witnessing Hal Jordan proving the power of the Green Lantern Ring does his thing at the end? Couldn’t they have made this more of Lucifer thing with him becoming jealous or something instead of just a random act? Eh, what can you do?

For all its faults, Green Lantern is still entertaining with plenty of eye candy in either visual effects, Lively, or Reynolds. The acting and writing isn’t the best but this is a comic book movie looking more for box office receipts instead of Oscar nods. Is it true to Green Lantern lore? No. Is it entertaining and a decent origin story to introduce the general populace to Green Lantern? Kinda. Is it worth a watch when you don’t really want to tax the brain? Like many other action flicks, it definitely is. This is by no means on par with The Dark Knight but at least it is a few levels above Superman Returns. (Once again, my opinion not fact).
Movie Quality: 9/10

The print is presented in 1080p/AVC MPEG-4 with a 2.40:1 aspect ratio. This is a very stylistic film that is intentionally made to look like it was ripped out of the pages of on the comic book pages. The color palette really pops off the screen, and never disappoints one bit. Black levels provide some excellent depth. Scenes up close and when the camera pans away show provide stunning details. This film’s image is meant to represent a comic book as the audio commentary indicates.
Print Quality: 9.5/10

The audio is presented in a DTS HD-MA 5.1 mix. The soundfield is immersive at all times no matter if it is the special effects or dialogue. I was literally amazed with the amount of action panning from each speaker in the rears. It sounded as if there were all kinds of objects ricocheting off of the walls in the room. Bass was punchy as it shows with the amount of gunfire and explosions. Dialogue is also well placed in the center channel sounding crisp and clear.

The producers/director captured the spirit of the characters and the universe exceptionally well. I urge people to open their minds and indulge in some excellent comic/cosmic adventure in the form of Green Lantern the movie.