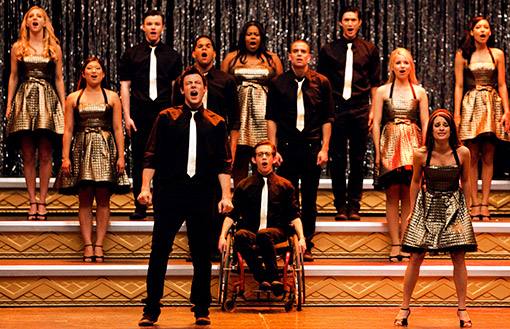 With music that’s arguably even better, Glee also takes a dramatic turn in its second season, mixing some tough issues into its combination of musical performance and offbeat comedy. Most prominent is the topic of gay bullying, as Kurt (Chris Colfer) becomes the target of a macho football player. Around the same time, Kurt’s trip to scout a rival group from nearby Dalton Academy leads to the season’s most electric moment, a rendition of Katy Perry’s “Teenage Dream” by a men’s group called the Warblers, which became the show’s bestselling single ever, and the relationship between Kurt and the Warblers’ lead singer, Blaine (Darren Criss), becomes the season’s heart. Other relationships develop and become complicated, involving Rachel (Lea Michele), Finn (Cory Monteith), Quinn (Dianna Agron), Artie (Kevin McHale), Brittany (Heather Morris), Santana (Naya Rivera), Puck (Mark Salling), Tina (Jenna Ushkowitz), and Mike (Harry Shum Jr.) as well as new additions Sam (Chord Overstreet) and Lauren (Ashley Fink). And the relationship between Will (Matthew Morrison) and Emma (Jayma Mays) runs into a roadblock in the person of a handsome dentist (John Stamos). 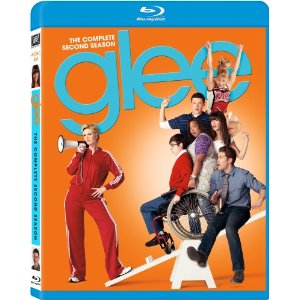 “Glee” tells the story of a tiny, bullied glee club (a show choir where the participants sing and dance to either pop or showtunes or both without actually performing a musical) and how both the power of music and a kind mentor who believes in them helps twelve misfits forge a family and strive to share how special they are with the world, no matter how much is stacked against them. Although it sounds like a strangely cheesy premise and an unlikely TV show, “Glee”‘s madcap formula, amazing music performances, terrific acting, intriguing characters, and potently quotable one-line zingers launched it into the stratosphere and it quickly became an international sensation and success. Within these plot lines, “Glee” tackled the sensitive issue of teen pregnancy (and how religion can impact that issue) wonderfully, along with showcasing the struggles of teenagers with body issues, the confusing adolescent world of sexuality, popularity, friendship, family, loyalty, bullying and peer pressure. Although there were a few misses in the first season, overall the season itself was one of the brightest and freshest new shows around, and it won several awards for it as well.

There’s the rub, however: “Glee” is handled by three showrunners (Ryan Murphy, Brad Falchuk, and Ian Brennan), all of whom apparently decided that they could do no wrong. They flatly refused to bring in other writers or directors for season two, and since they were still selling massive amounts of music from the show and getting millions of views from their devoted audience of “gleeks”, every single thing that was wrong about season one got blown out of proportion in season two, while everything that was right fairly faded to the background. The result? Season two of “Glee” started off strongly but by the second half meandered into sloppily handled plotlines that were often began and concluded in the space of one episode, characters acting severely out of character just for the sake of an episode’s “theme”, “theme of the week” episodes that were no longer touching or interesting but instead cheesy PSA-type episodes, bloated importance of guest stars, and a season finale that failed in every way that season one’s finale succeeded.

Where on earth did “Glee” go so wrong? Season two’s worst mistake was the characters acting out of character as “Glee” committed the worst mistake that any sophomore effort of a creative work, be it a film, television show or novel, can make: it completely erased any and all character development from the first season and started the characters off fresh. Rachel Berry, the club’s star, who learnt the mistakes of her selfishness and made friends and learned how to lead a team in season one? Back to being a self-centered and often downright mean diva who stepped on each of her teammates to get what she wanted. Finn Hudson, the loveable popular dummy with a heart of gold who learned how to be a star and effectively lead the glee club and also learned that popularity was meaningless because he liked the glee club losers better than the popular football jerks? Right back to being a selfish, obsessed-with-being popular jerk to all of his friends.
Movie Quality: 8/10

The print is presented in 1080p/AVC MPEG-4 with a 1:78:1 aspect ratio. Colors are vivid throughout the presentation. Black levels aren’t as deep. Flesh tones are accurate and natural looking. Details are also excellent. The print is pristine from any issues.
Print Quality: 9/10

The audio is presented in a DTS-HD MA l0ssless 7.1 mix. For a film of this nature, the audio is very engaging in the soundfield. The rears actually get a nice amount of usage with the soundtrack. Dialogue through the center channel is very clean and crisp. The mix is well balanced between the dialogue and soundfield.
Print Quality: 9.5/10

This season introduced some new characters and pulled back on some of the mainstays. This is good. I love Lea Michelle but don’t need every episode to be about her. I like that it featured some of the other members of the Glee club. Looking forward to season 3 doing more of that as it sets up the departure of the “senior” members.
Overall Rating: 8/10