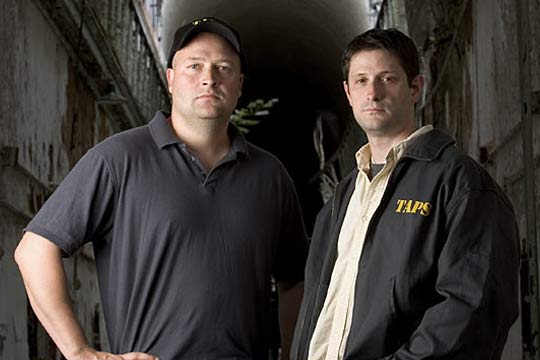 All-real supernatural adventures. The TAPS gang is back in action. Celebrate a milestone as America’s favorite paranormal investigators, the Ghost Hunters, kick off their triumphant sixth season with their live 100th episode. For this epic investigation, Jason, Grant and the rest of The Atlantic Paranormal Society take on their biggest case yet: Alcatraz, the former military prison known worldwide for the countless claims of paranormal activity witnessed within its walls. Other spine-tingling investigations this season feature some of the team’s most thrilling locales, including cases at the famous Philadelphia Zoo, the historic Otesaga Resort Hotel in Cooperstown and the home of abolitionist and author Harriet Beecher Stowe. Prepare to be scared with some of the most unforgettable episodes of the series. And don’t forget to leave the lights on.

This season is filled with some great investigations such as the season premeire at Alcatraz, the Philadelphia Zoo and the Otesaga Hotel in New York. Norwich State Hospital is another great episode as well. Towards the end of this 12 episode set Steve and Dave Tango are not in some of the episodes as they had their own show at the time called Ghost Hunters Academy. Overall this was a pretty good season. However if you are new to the show, I would probably recommend earlier seasons such as 1-4.
Movie Content: 8/10

Ghost Hunters are even better on blu-ray! The HD quality is better than expected to be honest with you and the sound is great.
Overall Rating: 8/10