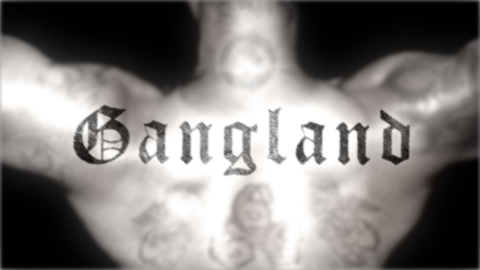 They rob, kill, and terrorize, and they ve left their violent mark on our nation s history. Delve deep into the rich and often brutal bloodlines of gangs across America, from Ohio to Arizona, New Jersey to South Dakota, as GANGLAND returns in its seventh and final season to paint a violently accurate and compelling portrait of gang life. Exclusive interviews, rarely seen footage, and unique access to the lives of gangsters provide a solid insight into why gangs exist, how they operate, their increasingly destructive methods, and the alarming rate at which they re spreading to suburban and rural areas. Included this season is a provocative 75th episode that revisits the most notorious characters in the history of the series, hosted by rappers Ice-T and Snoop Dog. 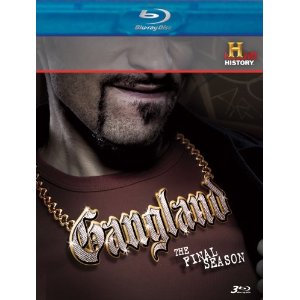 Gangland: Season Three, brings to light street conflicts im American
cities that is beyond the comprehension of anyone, in a brave and
fearless manner that is unmatched elsewhere, beyond the gruesome of
what is seen even, in the final moments of Taxi Driver, for example.

This series, in no shape, way or form glorifies conflict. Rather, it
builds on interviews with key individuals who decided that the lifestyle wasn’t for them after experiencing it first-hand for a length of time and concerned about it potential as a livelihood in the medium to long term.

In the case of LA GRAN FAMILIA (LGF), based in Atlanta, GA, the founding of the group was noble at first, opposing various injustices and humiliation from school bullies. At some point, this goal changed to the pursuit of status, gold chains, glamorous rims, Mercedes Benz cars, hotties, money and the exhilaration of instilling fear in others generally, and competing with and defeating local rival gangs specifically.

About 5 years before the opening of the Atlanta Olympics and afterwards – a time during when the demand for manual labor in public works projects was high, as well as the remuneration – a massive influx of aliens from Mexico and Central America occurred, increasing it 10 fold locally, and the general population of everyone in metro Atlanta doubling as well.

Along with a much higher number of wealthy laborers came a much higher demand for narcotics and underground services, including cocaine, meth, ecstasy, marijuana. It also opened the door to extortion and manipulation of those migrants, who by necessity required fake ID and a means in escaping from the ICE (Immigration and Customs Enforcement), such as changing living address regularly remain untraceable by detectives.

With LGT, there are the rivals North Side 14, La Raza and the Surenos. Through a well defined structure, LGT is made up of Maltides 13, Latin Kings, Brownside Locos, Pachucos 21 and Riverside Locos, all of those present to some degree in Atlanta, Dikalb, Cobb, Gwinett and Hall counties, The only difference is the absence of clearly defined territories, unlike LA.

For those the inhabitants in the vicinity, living in fear is a token, as residents decline in identifying members to not being shown as complainants to the law. For those on the outside, tags seen on the street suggest the presence of various gangs, and an X an opposition to it, hinting at animosity and imminent conflict.

I was a latecomer to the Gangland Series and frankly, it’s more than a bit scary to know certain types of people (aka gang members) are running around out in the world. Nevertheless, there are plenty of redeeming moments and people who have turned their lives around in this series.
Overall Rating: 8.5/10