Fringe: Charlie’s Two For One Deal

Posted in Television Show Reviews by Carlos Hernandez on 24 May 2009    Tags: fringe 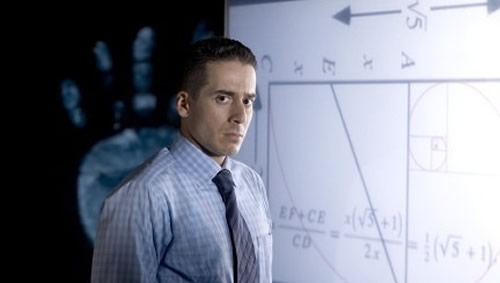 Rumors spread quickly over the past three days when Kirk Acevedo (Charlie Francis) announced on his facebook page that he had been fired from the Fringe series.

“WELL BOYS AND GIRLS THEY DONE DID YER BOY WRONG! THEY FIRED ME OFF FRINGE, AND IVE NEVER BEEN FIRED IN MY LIFE!!!!” said Acevedo using his facebook status update to inform fans.

The news quickly changed…not once, but twice. Acevedo informed the press that he had not been directly fired, but instead did not have his option picked up by Fox (the network home of Fringe).

“It’s called not picking up my option. But at the end of the day, you got fired!” said Acevedo as reported by Latina.com.

To make matters even more interesting, Spoiler TV reported that the following casting call had already been leaked for a replacement FBI Agent:

MID TO LATE TWENTIES. FBI AGENT SHE IS ATTRACTIVE, BRASH, OUTSPOKEN,QUICK-WITTED AND CAPABLE. CATHERINE HAS A STRONG PERSONAL CENTER THAT COMES FROM A DEEP CORE BELIEF IN THE WONDERS OF THE UNIVERSE. (RECURRING WITH POSSIBLE OPTION FOR SR) PLEASE SUBMIT ALL ETHNICITIES

So, one day later, what did this all mean? Apparently, nothing. Executive Producer Jeff Pinkner later denied that Acevedo had been fired and will instead be appearing in Fringe’s second season a whole lot more as a body double.

Pinkner, iterating the Observer’s words that there is more than one of everything, revealed, “We have already met the second Charlie. He had a scar on his face.”

In case there were inquiring minds regarding the Season One Finale, the reported scheduled appearance of a alternative universe Charlie Francis makes it clear that Agent Olivia Dunham will be spending a good chunk of time with Leonard Nimoy’s William Bell character.

Production for Fringe has moved to Vancouver and despite reports that filming for the second season has begun, the reports are incomplete. Fringe only aired 22 episodes during their inaugural season despite Fox having ordered 23 episodes.

“…We shot one for next year, which is just silly TV network stuff,” said Joshua Jackson (Peter Bishop). “It’s not for any cool reason like we had something we needed in New York that we couldn’t shoot elsewhere. It’s just an accounting issue.”

Pinkner stated that the episode is not necessarily the first or second episode of the second season, but will air sometime during the run. “It’s a stand-alone, but it still honors the condition that we know it will fall into the world.”

Fringe airs Tuesdays at 9 PM on Fox. The second season premiere air date has not been announced.