Posted in Blu-ray Reviews, Sports by George Theofanopoulos on 04 June 2009 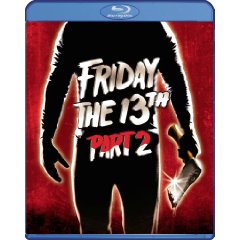 In one of the most anticipated sequels for a horror film, ‘Friday The 13th Part 2’ took it up a notch. The film was praised to no end by fans and the critics for taking what worked so well with the first film and then moving the franchise forward in the right direction. The first few sequels are when the franchise is still at its strongest. After the twist with the original film, we finally meet the killing machine that would become an unstoppable force in later films. The film was successful at the box office with a total gross of $21 million dollars based off of a $1.2 million dollar budget. When a film with such a low budget brings in 15 times its budget, it is an incentive to Hollywood to churn out more. This is one of the reasons as to why sequels would become the norm with horror films in the 80’s and 90’s.

A few years later after the original we return to Camp Crystal Lake where an even more menacing terror is running loose seeking revenge. For those that have seen the original ‘Friday The 13th’ know by now that Pamela Voorhees (Betsy Palmer) killed almost all of the camp counselors as revenge for the drowning of her son so many years ago. In the end Mrs. Voorhees met her demise when Alice was a bit too much for her. Alice is left as the lone survivor of the massacre of camp counselors at Camp Crystal Lake.

‘Friday The 13th Part 2’ opens up with Alice (Adrienne King) alone at home as she is going through her daily routine. She is still terrified from the events that occurred to her at Camp Blood. She sets the tea kettle to warm up, takes a shower, and then is greeted with a slash to her throat from an unknown man. We all know that it is Jason Vorhees extracting revenge for the death of his mother by Alice.

There is a new owner of Camp Crystal Lake that is going to reopen the camp. He hires a bunch of horny teenagers to be the camp counselors. The first night at the camp, the camp director is telling the story of Jason Vorhees around the campfire as the rest of the counselors get spooked out. The counselors are again murdered one-by-one, but this time it is by Jason. Jason Vorhees is wearing a sack over his head with one hole cut out for him to see. While each sequel is similar from each other with the story, you see a huge transformation of Jason from film to film. Jason is famous for his hockey mask, but he spends the entire film with the sack over his head. While the hockey mask is creepy, I think this was creepier considering that there is just one hole for him to see.

Things come to a head for Jason when he faces off with the last camp counselor Ginny Field (Amy Steel). In one of the most popular scenes of the franchise, Ginny dresses up like Pamela Vorhees and tries to make Jason believe that it is truly his mother. It is a scene that I can never get out of mind anytime I see a ‘Friday The 13th’ film as to how he was almost outsmarted. This is a great sequel in the franchise and it sets up some interesting themes over the next few sequels before things go south.
Movie Content: 9/10 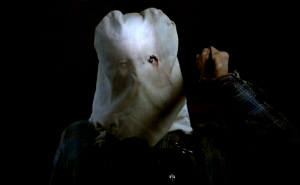 The print is presented in 1080p/AVC MPEG-4 with a 2.35:1 aspect ratio. The film looks as good as it ever will on Blu-ray. Paramount has offered a new remastering here with a better overall picture. Colors are still dull looking with a lack of vibrancy. Blacks look good. Grain tends to be strong throughout the entire presentation. With this film being low budget and 28 years old, this is probably the best that “Friday the 13th, Part 2′ will ever look.
Video Quality: 9/10

The audio is presented in Dolby TrueHD 5.1 mix. Like many of the older horror films of the 70’s and 80’s, ‘Friday the 13th’ relies on the score to build tension and atmosphere. The film’s soundtrack is more front heavy, but Paramount has done an excellent job in getting some usage out of the rears. This allows for that great score and the effects to be heard in the rears. Dialogue is clean and crisp through the center channel.
Audio Quality: 7.5/10 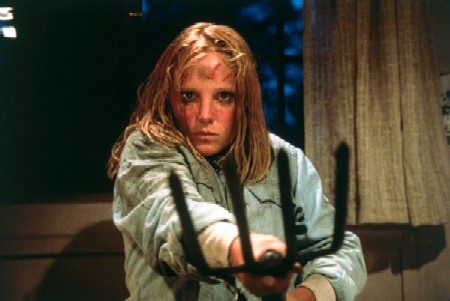 Having been a huge fan of ‘Friday The 13th’ franchise, this sequel is very enjoyable. It is not often that sequels are just as good as the original film in the franchise. While this is more of the same, its great campy horror. On Blu-ray, this film looks like the best it will get visually. I highly recommend this film as a purchase especially for fans of the franchise.
Overall Rating: 8.5/10 (Purchase)