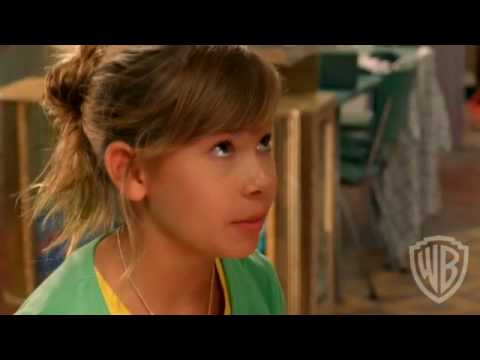 The fun and adventure are back! Fans of the Free Willy series will cheer this exciting family film about a baby orca who needs a friend and a girl who finds the courage to help him. After young Kirra (Bindi Irwin) leaves her Australian home to summer with her grandfather (Beau Bridges) in South Africa, she soon discovers a baby orca stranded in the lagoon near her grandfather’s rundown seaside amusement park. She names the lonely whale Willy–and embarks on a great quest to lead the little guy back to his anxious pod before her grandfather’s greedy rival turns Willy into a captive, moneymaking attraction at his slick theme park. A little girl, a little orca and big, big fun and adventure!. 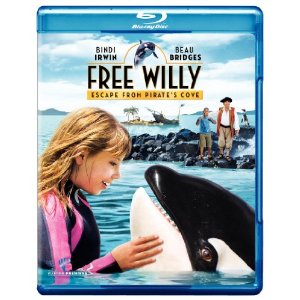 This is the 4th in the Free Willy series, but it’s not about the original Willy. It is filmed in South Africa and Jason James Richter or none of the other cast from the first 3 movies are in it, but it’s based on the same story line, a Orca is caught, can’t get out, an evil man wants him and in the end he reunites with his family.

Eleven-year-old Kirra (Bindi Irwin) has a great love for all animals as the daughter of a widowed zoo veterinarian in Australia. But when her father is injured and must be hospitalized for several months, Kirra is forced to go stay with her estranged grandfather, Gus (Beau Bridges), in South Africa. Kirra doesn’t want to leave her father’s side, especially to stay with a grandfather she barely knows in a strange country. Arriving in South Africa, Kirra is even more disheartened to discover that Gus is the owner of a dilapidated seaside theme park, which is quickly losing its few customers to rival park owner, Rolf (Stephen Jennings).

Gus’s business is given a miraculous boost, though, when a fierce storm traps a baby orca in his lagoon, turning his park into the area’s main attraction. The growing orca, which Kira names Willy, has an inhibited sense of echolocation–the process by which whales hunt and navigate their ocean home–making his survival in the wild apart from his pod impossible. But Kirra also realizes that the orca will outgrow the lagoon very quickly. Gus thinks his only choice is to sell Willy to Rolf’s successful park, where the orca will be safe…but forever captive.

With time running out before Rolf claims him, Kirra must not only locate Willy’s pod, but also find a way to teach the young whale to survive and be free in the open sea.
Movie Content: 7/10

The print is presented in 1080p/VC-1 with a 2.40:1 aspect ratio. Colors are vivid and rich throughout the entire presentation. Fleshtones are natural without any digital work. Blacks also have an inky look to them. Details are exceptional showcasing what a great print that Paramount has put together. There is some grain throughout the film, which isn’t distracting at all.
Video Quality: 7/10

The audio is presented in DTS-HD MA lossless 5.1 mix. This is great for a film that is dialogue heavy with crisp and clean sound through the center channel. There is some sound effects going on with the soundfield in ‘Free Willy’ so the rear speakers don’t get as much of a workout.
Audio Quality: 7/5

This is the fourth ‘Free Willy’ film to be released and while it is not as good as the original it is a film that the family can sit down and enjoy. On Blu-ray the video and audio are a mixed bag and not what I expected from a newer release on the high definition format.
Overall Rating: 7/10