Posted in DVD Reviews by George Theofanopoulos on 16 August 2011 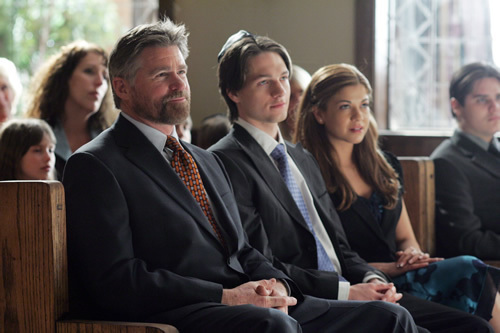 Everwood is more than worth your money as one of the finest written and produced family dramas ever to make it to television. I am almost reluctant to use that tag, “family drama,” as I fear that for a lot of people, that means a sort of watered-down, saccharine approach to story-telling. Not so for Everwood, creator Greg Berlanti’s four-year labour of love. While like any television drama, Everwood has to accelerate the speed at which drama enters the lives of ordinary people, the writers of the show have given viewers a testament to the wonder of human living and loving, in all its successes and failures. 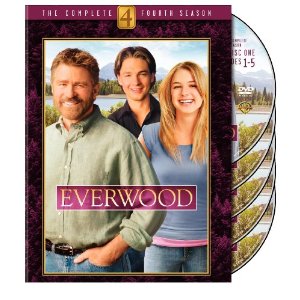 For those of us that watched Everwood through 4 great seasons, the CW creation was a very painful moment. Until the official release of the new network’s complete schedule there was the hope that Everwood would make it to the station and would have a 5th season. This was such a strong possibility that the producers actually shot a cliffhanger that would work as a season finale.

The final season stuck true to the tone that the show had established in previous seasons. Each season had it’s own themes though and each can be classified with an overall theme. Season 1 was a year of hope and innocence, season 2 and the aftermath of the season one finale found a year of growth while coping with depressing realities, season 3 brought us realistic hope and season four brought us a maturity and understanding. Personally I prefer season’s one and three of the show the best but this entire series was as fantastic as a network family/small town drama can get. So get out there and buy the third season set so that we can eventually get the option of owning the fourth.

And for anyone who loves this show and is looking for another small town/family drama I suggest NBC’s fan loved but little known show, Friday Night Lights. The first season of which is fantastic and one of the best seasons of a television series ever. The show isn’t just about high school football but about life, the Texas town of Dillon and the lives of the people in it. The show uses football like Everwood uses Andy being a doctor, it’s not the story but merely a means to open up the story. While the second season became overdramatized for a short while it’s third, fourth and fifth seasons have been fantastic. We’ve now lost another great show as the fifth season was the final one but I highly recommend the series on DVD.
Movie Quality: 9/10

Nevertheless, despite Warner Brothers’ apparent desire to chip away at their own masterpiece, what is still available in the season 2-4 DVD sets is still a fabulous experience for any new viewer about to watch them for the first time. That, too, is a testimony to how well this show was made: that even in a slightly watered-down form, Everwood will be as strong for its genre.
Overall Rating: 9/10