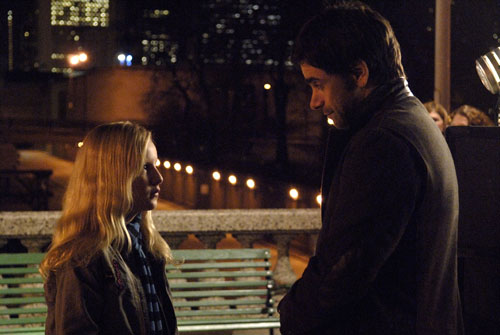 Season 14 was originally intended to be the last for ER. Thank God it wasn’t. One of the few positive effects of the 2007-2008 Hollywood Writers Strike was delaying ER’s demise so that this mediocre (by comparison to other seasons) year was not the way the most emmy nominated drama of all time signed off. 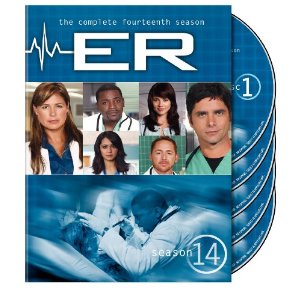 The tone of ER’s fourteenth season should strike its fans as slightly odd. By season 14 the series had cycled through about 6 lead casts, won countless awards, and established itself as the longest-running primetime medical drama ever. With about a month left in this season, NBC made the announcement that it would return for one final season and then bow out gracefully. The network may have made the announcement in April of ’08, but you can be sure the writers had a bit more advanced notice than that, and so when you watch the season with that in mind, you begin to recognize how many of the choices made were done so out of a desire to close things out instead of get new stories moving. For most of the characters and their respective plotlines in the show, this decision makes lots of sense as the past few seasons had leaned quite heavily on a small and arguably ill-prepared ensemble that paled in comparison to the casts that preceded them. However, even with the finish line in view and with their main pool of characters not carrying the same weight as before, the writers and cast managed to infuse the second to last season with its fair share of surprises and some glorious new additions to the supporting cast.

The biggest plotlines of the season involve the aforementioned introduction of Dr. Moretti as the new Chief of Emergency Medicine, Abby’s fall from grace (and sobriety), Pratt’s ambition, a self-diagnosing prodigious patient, and the basic twists and turns of relationships, both romantic and familial, among the ER staff. The noteworthy single episode plots include a guest spot by Steve Buscemi, a pair of lovers who hold the ER hostage, a momentary return by Jeanie Boulet (Gloria Reuben), but little else. The majority of the season’s drama banks heavily on the individual viewer’s investment in Dr. Gates and Lockhart. Assuming you were quickly swayed to rally behind Gates when Stamos first played him last season, you’ll be pleased to find him one of the major players now, as Goran Visnjic steps aside to be in “Croatia” for 90% of the season. Stamos is a strong leading man, but his usurping of the main male lead happens all too quickly in light of Phifer’s toiling for the position for the last 4 seasons, though we can never really find him too sympathetic because he’s egotistical, childish, and not all that likable whenever things don’t go his way. Lockhart, on the other hand, has been around for what feels like forever, and yet her character’s self-destruction feels like the writers were grasping at straws to find a way to make her character’s arc stand out amongst a season dominated primarily by smaller personal stories instead of some of the grander and more dramatically heavy events that marked previous seasons.

What an awful season. I can only suppose it had to do with the writers strike. It seemed more like a soap opera to me, and the camera work was awful as well, almost like home made movies with too many closeups. It also looked like most of the season was shot late spring and summer months as you did not get the sense of changing seasons as you did over the course of other seasons, although there were a few winter episodes.
Overall Rating: 6/10