Posted in DVD Reviews by George Theofanopoulos on 10 November 2010 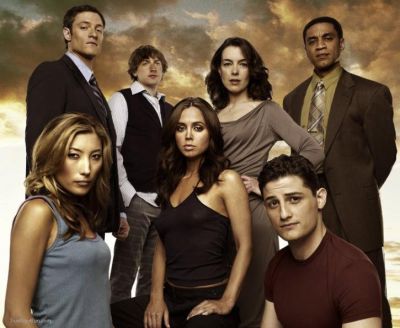 From creative mastermind Joss Whedon (Buffy the Vampire Slayer) comes the stunning final season of this sexy thriller that that will reveal all the secrets and complete your collection! As Dollhouse continues to provide its elite clientele with “actives” – human beings imprinted with the personas of whomever the client wants them to be – its mind-altering technology spins dangerously out of control.  Now, an unlikely alliance must attempt to destroy the sinister corporation behind the facade.  And, as the lovely, lethal active Echo (Eliza Dushku) struggles with the memories of her past, she must unlock the deadly secret that will ultimately determine the fate of all mankind. 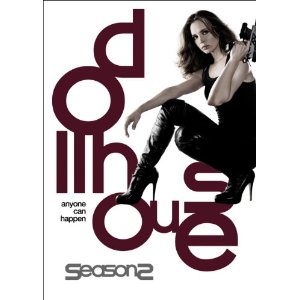 Season 2 is one of the finest, best written and planned out seasons seen on television in a long time. The main plot sees Echo (Eliza Dushku) with the ability to maintain her various imprints (personas) after the events of season one, and that further developed into her being able to access those imprints at will turning her into nothing short of a super hero with advanced skills as she plots to take down the dollhouse as well as it’s evil founder – Rossam corporation.

As the season progresses, we learn not only of how Echo/ Caroline come to be in the dollhouse but were presented with back stories of Victor and Sierra. Each was given an entire episode where they took the lead away from Echo as the writers tied up loose ends and allowed for further character developments.

Characters like boss lady Adelle Dewitt as well as in-house genius programmer Topher Brink were given opportunities to develop as well in the midst of the massive main plot, as the earlier struggles between good and evil while the latter found love in another evil genius.

One important thing to know for casual viewers is that season 2 does take into account, in fact to a large extend the events that happened in the unaired 13th episode of season 1 “Epitaph One”. It is evident that you watch that episode first before starting season 2, especially true for the series finale.

Flash forward scenes of the future in “Epitaph One” comes to play here in season 2, it is extremely interesting and intriguing to watch how those events come to be. Along with a trip to the infamous “attic”, return of Alpha, Dr. Saunders, Mr. Dominic and Mellie as well as more disturbing tech and revelation had me hooked all season long.

I guess I’m thankful that we got a second season even though it makes the blow of losing the show so much more painful and harder. This show ended on a proper note (it is very important for me to say that as most cancelled shows don’t), the ending was extremely satisfying, not only did they have a proper conclusion for the story arch in the present time line but they took the effort to conclude the events that happened in the future. My only regret is that the show didn’t find its way to more audience as it is truly one of Joss Whedon’s finest works..
Movie Content: 9.5/10

Joss Whedon once again creates and amazing show that just is not advertised correctly. Fox made those commercials that told you nothing about this show so any didn’t grasp what it was about so give it a chance You won’t regret it.
Overall Rating: 8.5/10