Posted in DVD Reviews by George Theofanopoulos on 12 May 2010 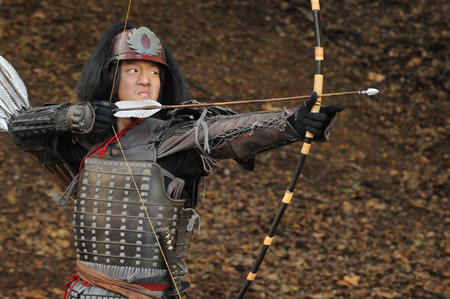 Finally, Spike’s newest hit show, Deadliest Warrior, has arrived on DVD! Watch as the most feared warriors civilization has ever known are pitted against each other in battle. Using 21st century science and the latest in CGI technology, each episode enlists warrior-specific world-class fighters and experts to analyze every facet of their unique skills of destruction and to answer the all-important question: who is the deadliest warrior? 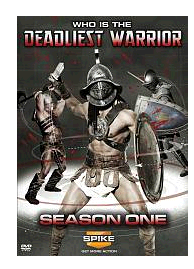 Who is the “Deadliest Warrior”? “Deadliest Warrior” is Spike TV’s ultimate macho fest that answers age old questions that guys have been sitting around asking for years (apparently): Who would win in a fight? A Spartan or a Ninja? A Pirate or a Knight? A Viking or a Samurai? All very unlikely match-ups due to different points in time or region and later on in the series it gets more specific with: William Wallce or Skaka Zulu? I.R.A. or Taliban?…..Wow, really?

It takes the reality TV interview format in some ways and a so-called team of experts steps forward for each side. They usually have weapons experts, history buffs, and sometimes a big strong man like “The Iceman” Chuck Liddell showing up to demonstrate the force a gladiator’s spiked fist weapon could exert on a dead pig body. Some sort of medical professional is on hand to come out and say what ribs would be broken and what would have happened to an actual body. They even take computer read-outs of speed and calculated force exerted on the victim when determining the effectiveness of certain weapons and strategy.

The funniest part of this series is the smack-talk that the teams end up engaging in. Like in the first episode of Apache vs. Gladiator you’ll hear a lot of “Oh yeah? Well, a Gladiator has this much armor so your little knife action isn’t going to do any good.” “That’s what you think, you don’t even know how quick and deadly the Apache is! He could shoot you with arrows and you’d be dead before you even KNEW it!” “Your mom!” Ok, that is paraphrasing…and a bit exaggerated but it’s not far off of the intent which makes the show hilarious. It is a fun male fantasy communicated with charts, fun graphics, and a CGI formulated battle sequence between the two foes at the end of the episode when all talk of weapons, skill, intelligence, and strategy are exhausted. There is also the bonus of learning a bit more about what it was like to be in certain historical times as these figures and about what they had to deal with on a day to day basis….but mostly, it’s about what will happen if I use this really old sharp weapon on a gel bust or a dead big and how much blood splurts out or watching the head get taken clean off and going “OOOOOHHHHH! Did you just SEE that???”

The Aftermath: Post Fight analysis is an episode by episode discussion with the experts about why the fights went as they did and talking again about how certain weapons are wielded and respond to viewers’ forum posts about how realistic or not the fights were. The host of “The Aftermath” has a very heavy Scottish accent which is entertaining to listen to his enthusiasm for warriors. The Producer’s roundtable is just another episode of “The Aftermath”, the sum-up show responding to the “Deadliest Warrior” and how the show came about with a debate about who the greatest warrior in history would be and the argument it raised. Once doing the show, they decided they didn’t just want to be another historical documentary but also be as bloody and gory as possible while being accurate to the facts. It is “weapons porn” for the prop master! The Season One wrap-up again just talks about the different battles over the season and the ones they’d like to do next time and the viewer feedback they received.
Special Features: 8/10

I think the show is well worth a watch for history fans, and fans of historical warfare, but I should warn you now, it’s not for kids, the squeamish or those who might be impressionable to violence, because there is a lot of it..
Overall Rating: 8/10