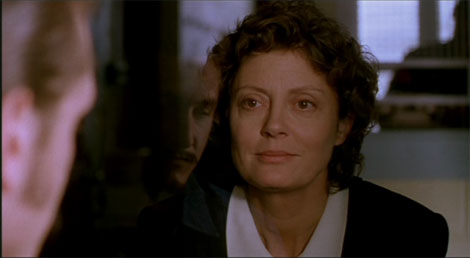 Inspired by the true story of a nun’s relationship with a condemned man, this provocative examination of crime, punishment and redemption earned Susan Sarandon the 1995 OscarÂ(r) for Best Actress and Sean Penn an OscarÂ(r) nomination for Best Actor. Dead Man Walking is a “fast-moving and absorbing” film filled with “genuine suspense” (Variety) that will leave you awe-struck from beginning to end. Sister Helen Prejean (Sarandon), a compassionate New Orleansnun, is the spiritual advisor to Matthew Poncelet (Penn), a vicious, angry and complex murderer awaiting execution. Her dedication is to help others, like Matthew, find salvation. But as she attemptsto navigate Matthew’s dark soul, she encounters a depth of evil that makes her question how far redemption can really go. Can she stave off the fateful day of execution long enough to save Matthew, or will she discover a truth that will rock the very foundation by which she lives her life? 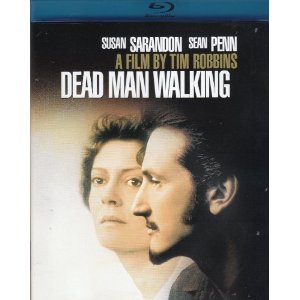 Dead Man Walking a film by Tim Robbins is based on actual events. Susan Sarandon portrays Sister Helen Prejean a nun who is in prison ministry and becomes pen-pals with a condemned inmate Matthew Poncelet. Sister Helen went to the prison just to talk with him and get him to accept Jesus Christ as his Lord and Savior before he was scheduled to be executed.

Sean Penn portrays Matthew Poncelet a man who was convicted of killing two teenagers and sentenced to die. I would also like to add that Sean’s portrayal of Matthew Poncelet (this is not the real life name of the actual person that this movie was based on.) was very moving so much so that it actually made me cry.

What I loved about this movie was that it raised a lot of questions on the issue of capital punishment. The Bible says “Thou Shall Not Kill” but, The Bible also says “An Eye for an Eye” As you watch this film you will see how the victims family and rightfully so want Matthew Poncelet to die. They feel that this is the right thing to do. However, Sister Helen brings up some startling points like just because someone committed a horrible crime does that mean that he or she does not deserve to hear about God’s love and His forgiveness and to be treated like a human being during their last days? This film after you watch it will make you ask these questions. (At least it did for me)

I’m so glad I bought this film because it does truly make you wonder what is truly the right and wrong way to handle situations like in the case of Matthew Poncelet.

The only thing I was really disappointed with was the ending because the ending in the movie differs from the actual events that had taken place which I don’t understand but, other than that I have no complaints and I really do think that anyone who is torn on the issue of capital punishment or lean to one side over the other should see this film because it does not only show the victim’s families point of view but, you also get to see things through the eyes of someone who is convicted of a crime. So this is why I love this film because it doesn’t just focus on one point of view but, both points of view.

The print is presented in 1080p/AVC MPEG-4 with a 1:85:1 aspect ratio. The latest wave of MGM releases have had some subpar video quality. ‘Dead Man Walking’ has one of the better transfers of the latest batch. Colors look pretty good and well saturated with no apparent issues at all. There is a lack of detail which I was not expecting since the age of the film is not that old. DNR rears its ugly head, but not that excessive which will upset DNR and EE haters. There there is the issue of the inconsistent grain where it is too heavy in some scenes and light in others. Black levels are good throughout. While there are some issues with the print, it isn’t bad when compared to some of the other titles in this wave of MGM releases.
Print Quality: 7.5/10

The audio is presented in a DTS-HD MA l0ssless 5.1 mix. This is not an audio mix that you will go in expecting huge things from the soundfield as it is primarily a dialogue driven film. The dialogue is clean and clear through the center channel with no apparent issues. I was rather happy with the way the film sounded considering that this was more of a dialogue centric film.
Print Quality: 8/10

“Dead Man Walking” is Sean Penn at his very best. He should have won an Oscar for his portrayal of convicted murderer, Matthew Poncelet. Susan Sarandon played Sister Prejean perfectly. This movie is sad, shocking, tragic and very informative. If you are looking to upgrade that old DVD, do not hesitate as it it worth it albeit the print being a tad bit problematic.
Overall Rating: 7/10