Posted in DVD Reviews by George Theofanopoulos on 31 August 2011 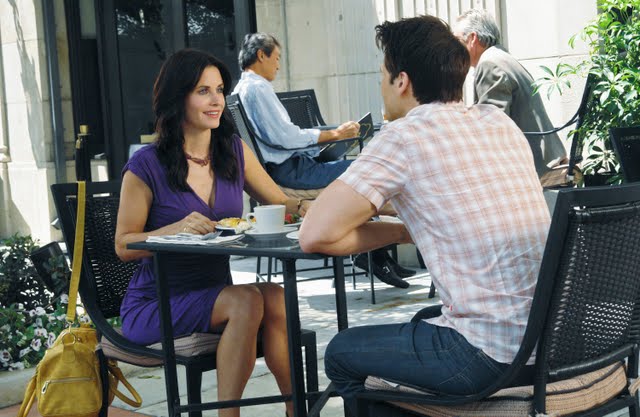 If Cougar Town isn’t as loopy as creator Bill Lawrence’s Scrubs, there are still plenty of offbeat bits, like the way characters slip into Japanese or the references to Freaks and The Usual Suspects (a few Scrubs vets also put in appearances). Not everything works–the crew can be pretty mean to awkward neighbor Tom (Robert Clendenin)–but at least there’s some real creativity at play. And just as Lisa Kudrow showed up the year before, Jennifer Aniston guests this time around, while extras include a featurette, deleted scenes, and “Andy’s Dreams,” a web series in which Mr. Torres imagines he’s a teacher, a private eye, and a “Cuban Fred Astaire.” 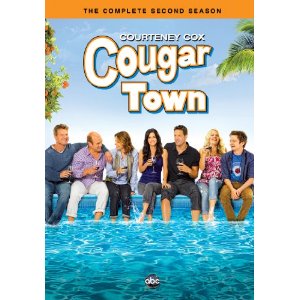 Cougar Town is a half hour comedy show that really came along, in my opinion, in this second season. The first season centered around Jules Cobb (played by Courtney Cox) and her search for love, young love, after a breakup with her ex, Bobby Cobb (Brian Van Holt). The first season felt forced and I did not think it was really that funny. It just felt off. The writers must have been feeling the same because they expanded on the good parts and created one of the funniest shows around. Now, in the second season, Cougar Town is more of an ensemble centering around the “Cul De Sac Crew” including Jules, her boyfriend Grayson (Josh Hopkins), Andy (Ian Gomez) and Ellie (Christa Miller), Laurie (Busy Phillips) and Jules’ son Travis (Dan Byrd). The change in format is even acknowledged on the cover of the DVD where there is a quote that says “Cougar Town, no longer a show about cougars!” Amen.

Grab a glass of wine and kick back for some good laughs in the second season.Travis is leaving for college and Jules is not ready to let go. Bobby is having a hard time with Jules and Grayson’s new relationship. Ellie and Andy have some fun, keeping their marriage alive. The single again Laurie has not given up hope on her search for love. The gang even invents a new game called Movie Mash-up and their favorite Penny Can game goes public. No matter how things are going, these friends stand together and know how to have a good time, with the help of a little vino. Former Friends star Jennifer Aniston guest stars in the first episode, reuniting with Courteney Cox on-screen.
Movie Content: 9/10

I admit that “Cougar Town” was much better than I expected and it’s a comedy series that definitely caught my attention and will more than likely star watching it when the second season comes back on air. For now, if you are curious about this series or are looking for a fun and hilarious adult-humored series on DVD.
Overall Rating: 8/10