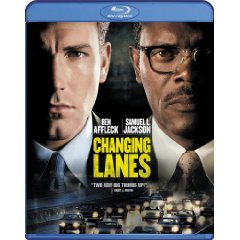 Impeccably crafted and smarter than your average thriller, Changing Lanes proves that revenge is a dish best served cold. A high-powered attorney (Ben Affleck) learns that lesson the hard way after he flees the scene of an accident involving an insurance salesman (Samuel L. Jackson) who holds a powerful advantage in his retaliatory strike against the lawyer’s arrogant behavior. Affleck has everything to gain if he can retrieve a lost document from Jackson, who has everything to lose (wife, family, savings) when threatened with financial sabotage. To his versatile credit, Notting Hill director Roger Michell never plays the race card in this escalating battle of wills, focusing instead on the percolating resentments of men at opposite ends of the economic scale. As he did in Eyes Wide Shut, actor-director Sydney Pollack chillingly embodies the venal elite in a pivotal supporting role, and Changing Lanes potently illustrates the wisdom of heeding a guilty conscience.

‘Changing Lanes’ is, indeed, that rarity among American films: a drama more concerned with issues and ideas than with cheap thrills and emotional exploitation. Within the context of a densely plotted thriller, writer Chap Taylor has fashioned a film that is nothing less than a study of the part ethics plays in our daily lives. Like all of us, Banek and Gibson contain within their beings both the seeds of goodness and the germs of evil. The question becomes how far each is willing to go to cultivate those qualities when faced with the dilemmas and vicissitudes life throws their way. Both men, though basically decent at the core, find themselves doing deeds that surprise even themselves when pushed into a corner by despair and desperation. Rarely in the movies do we find characters this concerned with analyzing both the motives and the consequences of their actions. In fact the film plays out like a classic morality play, with each man engaging in an internal struggle with his conscience as well as with the other person. The underlying cynical subtext is, of course, that, in the corporate business world, all morality is relative, a fact Banek, in particular, is ultimately forced to face up to – and, by extension, to act upon.

Although it does seem to strain a bit to make its point every now and then – employing overemphasis when subtlety is what is really called for – the film boasts a number of beautiful and haunting moments such as when the director, Roger Michell, intercuts between a quiet, but highly charged and revelatory conversation Gibson has with his longsuffering wife and a scene of Banek seeking surcease from his guilt in a quiet confessional.

Ben Affleck and Samuel L. Jackson both do superb work at getting to the bottom of their respective characters’ innermost feelings and thoughts. David Arnold’s somber musical score and Salvatore Totino’s moody cinematography lend an appropriately otherworldly quality to this stark morality play, making the everyday world of city streets and soaring skyscrapers seem strangely twisted and menacing.
Movie Content: 7/10

The print is presented in 1080p/AVC MPEG-4 with a 2.40:1 aspect ratio. he image quality is pretty good with colors being rather strong throughout. Blacks are rather solid and deep. Fleshtones look very natural with the proper lighting used with inside and outdoor scenes. I found the details to be good, but not overly great. On Blu-ray, ‘Changing Lanes’ is a descent upgrade over the  DVD release.
Print Quality: 8.5/10

The audio is presented in Dolby TrueHD 5.1 mix. This mix and sounds better than I originally thought. This is a film that is dialogue heavy and all the sounds for the most part is coming through the center channel very cleanly and is crisp. Whenever there are sound effects, all speakers are working and you will hear sounds throughout the film that you wouldn’t expect.
Audio Quality: 7.5/10

All special features are presented in standard definition except for the Theatrical trailer being offered in HD.
Special Features: 7/10

‘Changing Lanes’ does lose the viewer a little at the end, as evidenced by a certain softness in its resolution. It still deserves credit for attempting to do what few other films even have the courage to try. It’s truly refreshing to see a film that respects the intelligence of its audience. On Blu-ray the film is a descent upgrade over the previous DVD release.
Overall Rating: 8/10 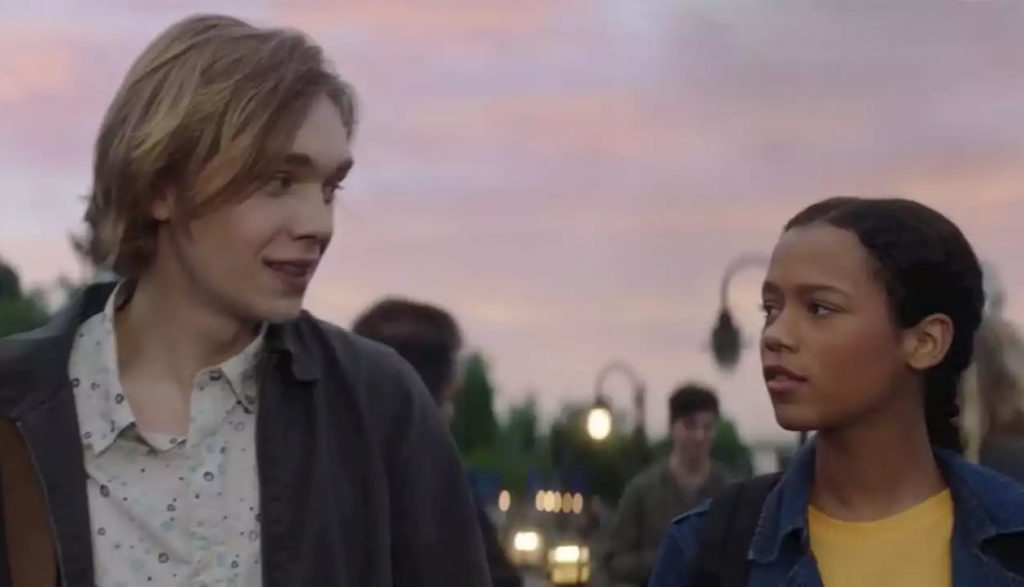 « Fringe: Charlie’s Two For One Deal
Enemy At The Gates Blu-ray Review »