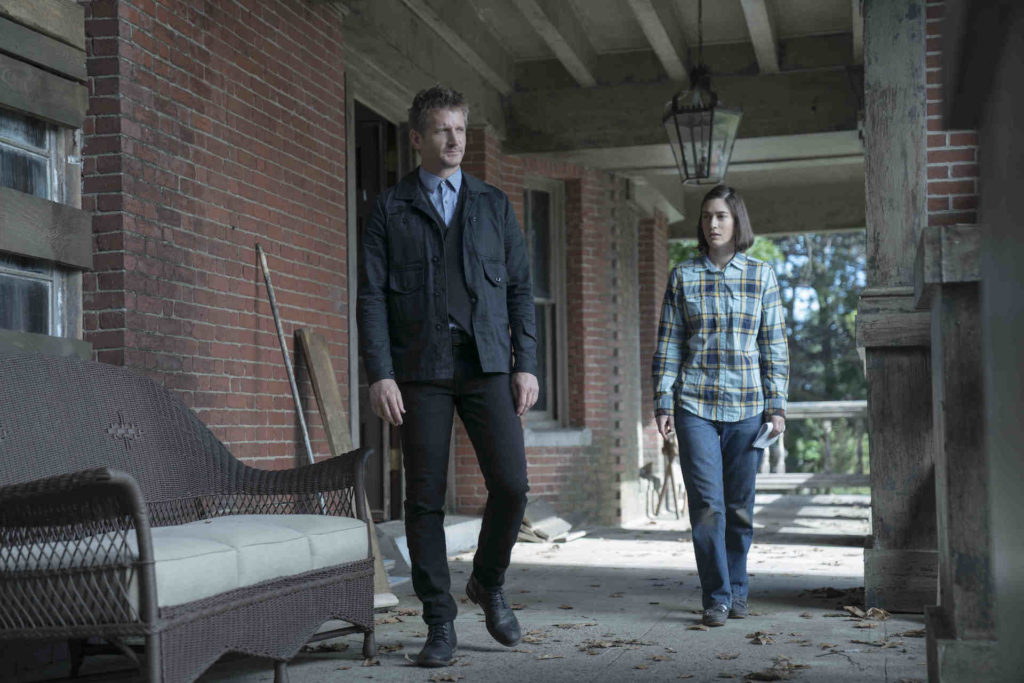 Set in the Stephen King multiverse, CASTLE ROCK combines the mythological scale and intimate character storytelling of King’s best-loved works, weaving an epic saga of darkness and light, played out on a few square miles of Maine woodland. In Season two, a feud between warring clans comes to a boil when budding psychopath Annie Wilkes, Stephen King’s nurse from hell, gets waylaid in Castle Rock. 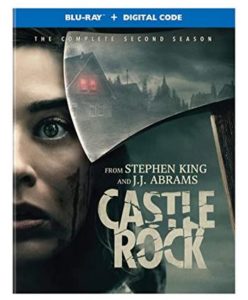 I’ve watched seasons one and two now. Quite different, both had good and bad things to them. Overall I think they were a mess. The problem for me was that many times I didn’t know what I was watching, who’s story is this. I gather Castle Rock is basically the center of Stephen King novels and we have many familiar (and not so familiar) places and characters, but especially in season two the storylines didn’t seem to have any real connection other than possible earlier appearances. Sure a connection happens in the end, but the only real connection is that they happen in the same “universe”, which seems quite popular these days in popular culture.

The story about Annie Wilkes was pretty good though, it was what made season two interesting, but everything else didn’t seem to serve much purpose. Season one was maybe a bit more straightforward with less different storylines, but it was boring and confusing, much less engaging.

The print is presented in 1080p/AVC with a 1.78:1 aspect ratio. I have to say that I am pretty impressed with the image quality. Having watched every single episode of this series on Hulu in high definition, this show looks really good in its transfer to Blu-ray. While some maybe disappointed because some of the lower quality CGI in some episodes, that doesn’t detract from an excellent looking transfer. Colors are strong throughout and vary from episode to episode to fit with the atmosphere. Details are great especially with scenes where the camera is up close. Black levels are very strong considering that the series has many dark scenes throughout each episode. There is also grain and noise throughout the transfer, it never becomes obtrusive or distracting. Fans of the show will not be disappointed the slightest.
Video Quality: 9.5/10

The audio is presented in DTS-HD Master Audio 5.1. The soundfield is immersive at all times no matter if it is the special effects or dialogue. I was literally amazed with the amount of dynamic panning from each speaker in the rears. Bass was punchy. Dialogue is also well placed in the center channel sounding crisp and clear. The best part of this all around aggressive soundtrack is that it is well balanced between the dialogue and sound effects.
Audio Quality: 9/10

Just like season 1, the second season left me with very satisfying ending, it was perfect! Castle Rock is a great show with just the right amount of weirdness to hook in people who are not Stephen King’s fans and to give us, his fans, very King like entertainment.
Overall Rating: 8.5/10