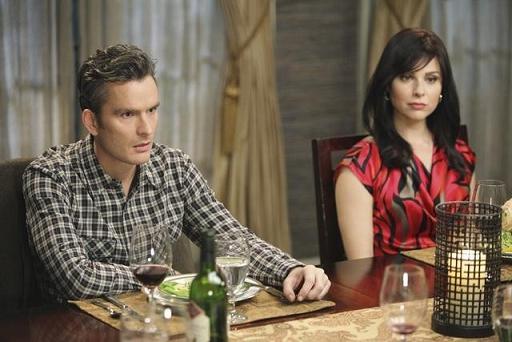 The deep connections in the Walker family of Brothers and Sisters come to a fulfilling, emotional end in this well-written fifth and final season of the show. Led by Walker matriarch Sally Field in one of her best roles ever, the cast of Brothers and Sisters meshes and clashes, like a real family, only perhaps a bit wittier. This season the viewer notices the absence of Rob Lowe (Senator McCallister), but his ex, Kitty Walker (Calista Flockhart), has a new, much younger love in the quirky Seth (Ryan Devlin). The marriage of brother Kevin (Matthew Rhys) and Scotty (Luke Macfarlane) is blossoming and includes some young new members. Even Uncle Saul (Ron Rifkin) seems to have found his soul mate, in Jonathan (Richard Chamberlain). 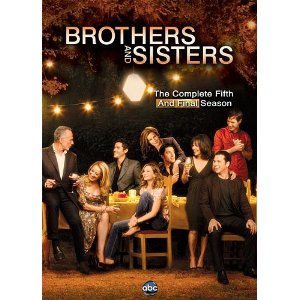 Studio: ABC Studios Year: 2010 Release Date: August 23, 2011 Run time: 946 minutes Rating: NR Audio: Dolby Digital mix Aspect Ratio: 2.35:1 Disc Spec: 5 DVD Region: 1 What was once a pertinent and unique family drama has become a tired, predictable series with little to look forward to from week-to-week. Despite the continued brilliance of such actors as Sally Field, Rachel Griffiths, Calista Flockhart, and Rob Lowe, their talent is wasted in this fourth season of a show that was once a standout on ABC’s schedule. I have to admit that many of my favorite drama series on television have somehow gone astray with the writing this year. And without mentioning any series, I will say that the “thinking outside of the box” has literally brought many quite a few of these once wonderful drama series to unusual lows with unrealistic, make-believe and idiotic storylines. Unfortunately, this is not the case with “Brothers and Sisters”. For this fourth season, writers for this season went for accessible storylines that people can relate to. With the Walker family, everything that had to do with the characters are stories that people can relate to. With Nora, we see a single mother trying to get on with her life and start dating again, also having to deal with a mother who is suffering from Alzheimer’s Disease via Dementia. With Kitty, having to face the reality that she may not be there for her young child because she is suffering from Lymphoma and having to deal with stage 3 cancer. With Kevin and Scotty, two gay men who want to adopt and are having problems. With Sarah, also a single mother testing out the dating scene but also having to deal with a daughter. Tommy who has to deal with divorce and custody issues. And then we have Justin and Rebecca who are stressed out because of their wedding, having to think of parenthood and even for Justin trying to get into medical school and realizing that he may have a learning disability. As happens with the Walker clan, a new member of the family is revealed–but this time it’s not a love child of the departed William Walker (Tom Skerritt). And there are heartbreaks and great, deep romantic connections. Sarah (Rachel Griffiths) finally gets a major story arc of her own in this season, and it’s lovely. Her bond is only growing with the handsome Luc (Gilles Marini), and they make a decision on how to face the rest of their lives. Kitty and Seth have a different kind of decision to make, and Beau Bridges, excellent as Brody, a onetime flame of Nora’s, reappears in her, and the family’s, life at exactly the wrong time. Which of course means the perfect time for wonderful, engaging TV drama. The fifth-season boxed set includes some great extras, like bloopers, behind-the-scenes details, and a hilarious interview with the undeniably gorgeous but extremely self-effacing Marini. Fans of Brothers and Sisters will want to make room at the table one last time for this loving, lush finale. Despite these drawbacks, kudos to the writers for getting season 5 out the door with some decent storytelling. Movie Content:7/10

Fans of the series will want to pick up the final season and series finale on DVD. The series was treading water the last few seasons with watered down storylines, but season 5 seemed to have picked up a bit bringing the show to a nice fitting end. Overall Rating: 7/10