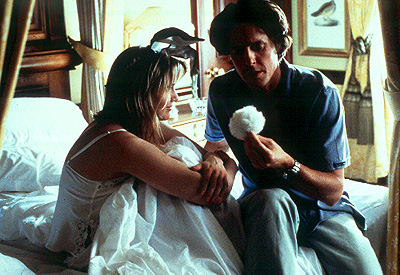 Renee Zellweger stars in the “cheerful, cheeky” (Los Angeles Times) comedy based on the international best-selling book. Bridget Jones is a busy journalist and a “singleton” lost amid a sea of “smug-marrieds” in London. After vowing to abandon her many vices, Bridget turns over a new page by channeling her opinions and insecurities in a journal that becomes a hilarious chronicle of her misadventures. Soon, Bridget finds herself stuck in the sights of not one, but two men: her dashing boss Daniel (Hugh Grant), who thrives on bad behavior; and the brooding Mark (Colin Firth), who she despises but somehow can’t get away from. From the creators of Four Weddings and a Funeral and Notting Hill, Bridget Jones’s Diary spawned two smashing sequels and earned Zellweger an Academy Award nomination for Best Actress. 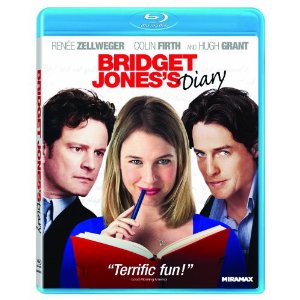 This British comedy/drama flick was a bit comical, but also very touching and tear jerking too, since the bloody Bridget(Renee Zellwegger) and Daniel Cleaver(Hugh Grant) started out seeming like the perfect married couple who was hot and heavy and then all of the sudden POOF! Daniel decides to dump Bridget and steals Mark Darcy’s wife(Lara)while Bridget discovers that Daniel ended up being unfaithful to her all of the sudden when Bridget walks into their bathroom and finds Daniel’s mistress/Mark Darcy’s wife(Lara)hiding in there naked, just before Daniel drops the bomb on Bridget and tells Bridget that he and Lara were even engaged to be married on top of that.

So then Bridget moves on by eventually dating the British handsmome Mark Darcy(Colin Firth) after getting over a tragic divorce with Daniel, but then one night Daniel decides to drop by Bridget’s apartment one night while Mark and Bridgets friends are having dinner to try to get Bridget back, since Daniel’s mistress/Mark’s ex-wife(Lara)ended up dumping him and breaking off their engagement resulting in Mark and Daniel duking it out in the street trying to win over Bridget while Mark also avenges Daniel for stealing his former wife(Lara)by beating the crap out of Daniel in the process after a hasty altercation, which unfortunately kinda left Bridget caught between a rock & a hard place even though Daniel ended up getting what he deserved.

The truth is, I kind of couldn’t help feeling kind of sorry for Daniel at first right after the ugly clash he had with Mark, since Mark nearly beat Daniel to a pulp, which also resulted in Daniel getting a double whammy in the process on top of that, but at the same time, it was like Daniel got what he deserved, since he broke Bridgets heart, but Mark did nothing to hurt Bridget or Lara and was a much bigger and better more mature gentleman than Daniel was and seemed to be a more compatible boyfriend/lover for Bridget.
Movie Quality: 9/10

The print is presented in 1080p/AVC MPEG-4 with a 2:35:1 aspect ratio. Colors were strong taking advantage of the color palette, yet providing a softer image in some areas. Blacks were not deep and soft. Fleshtones were not as detailed as I would have expected and more on the muddy side. Details are average throughout the film with some scenes looking really good. There is also a thin layer of grain which never gets distracting.
Print Quality: 9/10

The audio is presented in a DTS-HD MA l0ssless 5.1 mix. I was also a tad bit disappointed with the audio mix as it lacked that extra needed oomph when the soundtrack was in play. This was more of a front heavy experience than a dynamic aural mix. While this was a dialogue driven film, I found the mix to be a little bit on the lower side than expected. I was rather surprised by the underwhelming audio mix.
Print Quality: 9/10

This maybe one of those movies you need to see multiple times to appreciate the movies true value. Overall this movie is highly recommended and both the movie and disc are excellent.
Overall Rating: 8/10