Posted in Blu-ray Reviews, Sports by George Theofanopoulos on 25 February 2009 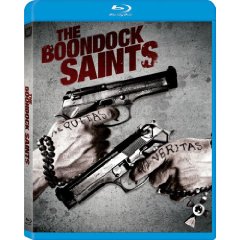 ‘Boondock Saints’ is a nonstop action/comedy that will keep you entertained from start to finish. It only takes a few minutes to draw a comparison between Troy Duffy’s ‘The Boondock Saints’ and almost any Quentin Tarrantino film. It seems that anyone who has seen ‘Boondock Saints’ immediately thinks of ‘Pulp Fiction’ or ‘Reservoir Dogs.’ This movie was made in such a way that the viewer can think and draw their own conclusions about controversial issues, such as the brothers’ “holy mission”.

Connor (Sean Patrick Flanery) and Murphy MacManus (Norman Reedus) are two Irish brothers who spend their days drinking at the local pub and working in a local meatpacking plant. They don’t do much with their free time outside of lounging around their filthy loft and hanging around with unbalanced people like their friend David Rocco, a minor criminal who longs to join the local branch of the mafia. Trouble rears its ugly head when some Russian gangsters move into the neighborhood and threaten to close down the neighborhood bar. After a fistfight leads to a couple of killings in an alley, the boys realize they may be in a spot of trouble with local law enforcement.

Actually, they are in more trouble than they realize at first when an FBI agent by the name of Paul Smecker (William Dafoe) arrives on the scene. The inept local cops stand around throwing out all sorts of weird, implausible theories about these corpses in the alleyway, but Smecker moves in and figures it all out in an enormously hilarious and ingenious way. By slapping on some headphones pumping out classical music and prancing around the scene checking things out, Smecker tells the cops what happened, when it happened, and who probably did it. Sure enough, the MacManus boys sheepishly arrive at the local cop shop, bloodied and bandaged from their tussle with the Russkies, and confess to the crime.

‘The Boondock Saints’ is a film about vigilantism and whether that activity is ever justifiable, although that theme seems to disappear for most of the movie. The conclusion, too, ends up being just a little too implausible, but getting there is a boatload of fun. The best things about Duffy’s film are the whipsaw quick dialogue, the hilarious running gags, and Willem Dafoe as Agent Paul Smecker. Dafoe especially deserves accolades for his portrayal of a conflicted FBI agent whose sympathies eventually turn to the MacManus brothers. His way of solving crimes, especially the shootout between Il Duce and the two vigilantes, is not only brilliantly executed but a wonder to watch. Moreover, Smecker’s interactions with the local Irish cops provide endless opportunities for great dialogue and hilarious jokes.
Movie Content: 4.5/5 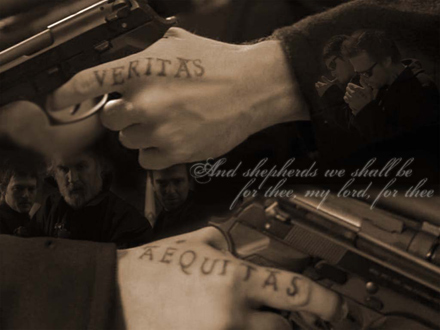 The print is presented in 1080p/AVC MPEG-4 with a 2.35:1 aspect ratio. The image quality is pretty good with colors being rather strong throughout. Blacks are rather solid and deep. Fleshtones look very natural with the proper lighting used with inside and outdoor scenes. I found the details to be good, but not overly great. On Blu-ray, ‘Boondock Saints’ is a significant upgrade over both DVD releases.
Print Quality: 4/5

The audio is presented in DTS-HD MA lossless 5.1 mix. This movie has some very good music, and it is a shame the soundtrack was never released. The music really helps to set the different moods in the movie, and it would be severely lacking without the score. It adds to the atmosphere of gunshots and action scenes sounding very good. The rears have constant usage from all the ongoing action scenes as the effects also encompass some very nice panning in the soundfield. Dialogue was very clean and distinct through the center channel.
Audio Quality: 4.5/5 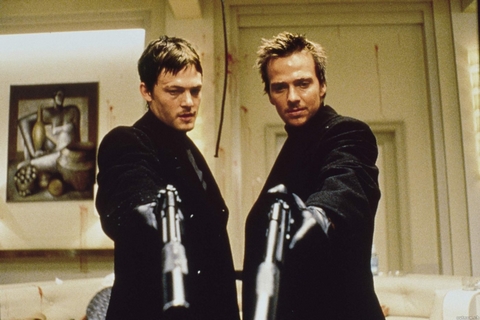 All special features are presented in high definition and are ported over from the special edition. This is excellent for fans of the film and myself as we can finally replace our DVD’s. I have still to meet one person that has experienced D-Box, but FOX has been consistent featuring it on all their Blu-ray releases. The commentary by Writer/Director Troy Dutt is fantastic as you get a great insight on the casting, crew, production of the film.
Special Features: 4/5

In some ways I found ‘The French Connection II’ to be a better film than the original due to opportunity for Gene Hackman to shine. It hurt the film a little bit without having a strong supporting cast. On Blu-ray the film looks great visually, but lacks in the audio department. For fans this is a definite upgrade for the image quality and special features in high definition.
Overall Rating: 4/5