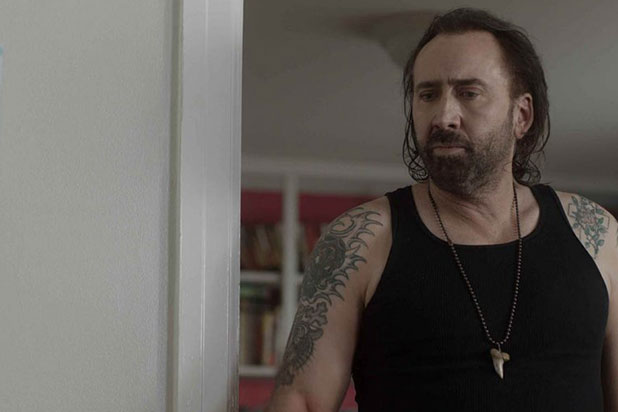 Joe meets a mother who can contact spirits when suffocating. Her daughter is dying when Joe helps the mother spiritually contact the daughter and save her. Unfortunately, the spirit in the daughter’s body is now that of Joe’s dead wife. 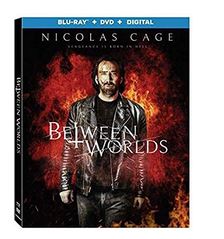 Nicolas Cage is an odd one, he’s a household name, AAA star yet for the last few years he’s been doing a vast number of straight to DVD movies and the majority have been truly awful.

‘Between Worlds’ see’s him play yet another unhinged character where he can let out vintage crazy Cage who finds himself in a relationship with a girl who has a daughter that’s recently come out of a coma. Supernatural-esque stuff follows and though the concept is fairly sound the execution isn’t.

Also starring Franka “Run Lola Run” Potente and Penelope Mitchell the movie demonstrates a degree of acting that you simply shouldn’t be seeing at this level. Many performances are awful and Cage is most certainly not on point here, at several points he almost lowered himself to his infamous “Not the bees” level.

The print is presented in 1080p with a 2.40:1 aspect ratio. ‘Between Worlds’ really looks fantastic on Blu-ray considering this film was in the woods the entire time. Colors are absolutely eye popping and jump off the screen like you would not believe. Red’s, Blue’s, and Green’s dominate the color palette throughout the entire film. Details are fantastic, especially with the action on the screen. The lighting is also fantastic here as you can see in the darker scenes as an example where the images doesn’t look like one dark black screen as in some films. Black levels are deep in this film and stand out very nicely with the color palette used.
Video Quality: 9/10

The audio is presented in DTS-HD MA lossless 7.1 mix. If you thought the video was really good, the audio mix is just as good.The thundering bass stood out as one of the most positive aspects of the audio mix in my view. It was so perfect sounding, which I haven’t heard such great bass in a Blu-ray film. This film is so dynamic sounding, balls to the wall non-stop action which takes advantage of the soundfield. Then add the dynamic sounds coming from the rears in the soundfield. You can hear the various gun shots just whiz by from speaker to speaker, it is just amazing when you have the correct audio setup.

Cage consistently touches on topics but doesn’t go that tad further, as always. Zero explanation of the ‘how’. I really hope that Cage has almost paid up his taxes so he can finally start taking some much better roles.
Overall Rating: 7/10