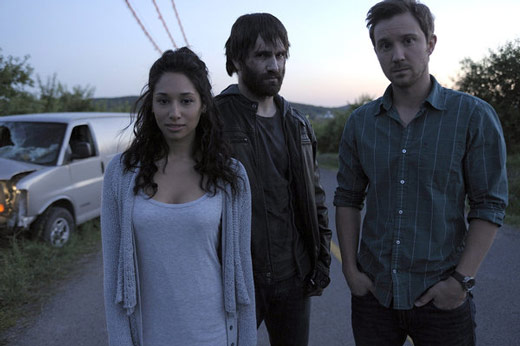 Leading everyday lives is harder than it looks for three twenty-something supernatural roommates vampire Aidan (Sam Witwer),ghost Sally (Meaghan Rath) and werewolf Josh(Sam Huntington). Together, they share the creature comforts of a Boston brownstone while struggling to resist the temptations of their true natures and keep their secrets hidden from the outside world. Bonus Features: Season 2 Making-of Featurette, Behind-the-Scenes Interview, Being Human at San Diego Comic-Con 2012. 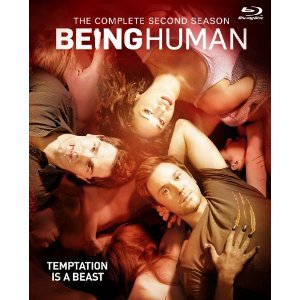 Life has changed for the weird inhabitants of a small town house. Ever since dispatching the leader of the local vampire clan into the great unknown, Aidan (Sam Witwer) has had to deal with newbie vampires who aren’t all that interested in a non-human diet. He is also struggling to prevent them from being destroyed by the vampire council, none of which are too impressed with his efforts. His constant distraction prevents him from being there for his buddy Josh (Sam Huntington) as the full moon approaches – and the young man has no idea that his recent carelessness has resulted in his girlfriend being infected. Rebecca (Sarah Allen) strives to hide the truth from him as long as possible, hoping that her suspicions are incorrect, but when the moon rises she finds out the hard way that one cannot escape the fate of a werewolf bite.

Meanwhile, having ignored her door, the ghostly Sally (Meaghan Rath) is struggling to remain corporeal … and when attending her high school reunion on a whim, discovers that she is not the only ghost with unresolved issues. Little do any of them realize that the Mother’s plan for Aidan includes him embracing his destiny – and to do that, he must leave his friends behind. Ahead for each of them is the resurfacing of old friends and enemies, and a descent into ghostly darkness that will leave Sally changed for the worst. Though at times it falls into predictability, this second season is solid paranormal entertainment. It has a few surprises but also does itself some damage in making so many of its leading characters so unlikable. Sally in particular is hard to love, particularly when she goes on a ghostly bender that involves borrowing human bodies to act out the selfish desires of her heart.

Each of them face consequences for their actions, but at times their individual stories are painful and as usual, the season ends on a dark note and unresolved issues. Just when I thought this series was hitting a unique stride and did not intend to copycat plots from the British version, the finale landed Sally in the same dire situation that Annie was in on the other series. This leaves me asking, why not be unique? It made some good progress this season, despite not having any truly likable characters, but then falls back on a plot fans of the original have already seen play out. Hopefully, next season it will find some new ideas..

I am definitely a fan of this show! I can’t wait for season 3 to come out on TV. The synopsis of the show might seems a little far fetched or something of disinterest, but trust me…it’s so much more than the description. The characters develop more in each episode and truly connect with their “human” and non-human existence.
Overall Rating: 7/10