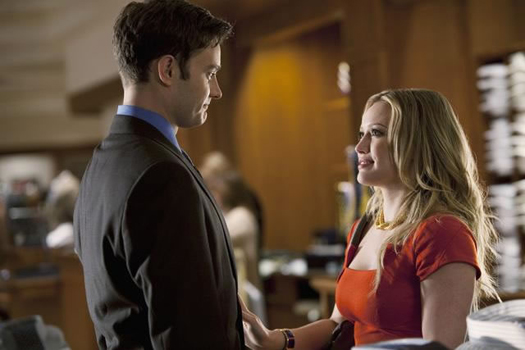 Finding the right man is harder than any full-time job, but does where a woman works impact her chances of finding Mr. Right? Fashion writer Lane (Hilary Duff) is convinced that it does, and when she shares her opinion with an editor (Jaime Pressly) at Cosmo magazine, it lands her a once-in-a-lifetime chance to write a cover story. The catch is, she has to go undercover in the business world to get the real scoop on finding true love in the workplace. Posing as a businesswoman is more difficult than Lane initially thinks, but the sheer mass of men in suits at the office is more than enough reward for her hard work. Much to her surprise, Lane quickly discovers that the businessmen who have every quality on her “Magic Man” checklist leave her decidedly unexcited, while she finds men like her boss Tom (Michael McMillian), who possesses virtually none of those magic qualities, simultaneously incomprehensible and incredibly intriguing. Based on the book Diary of a Working Girl by Daniella Brodsky, Beauty & the Briefcase is similar to The Devil Wears Prada and Confessions of a Shopaholic. Duff’s performance doesn’t quite measure up to those of Anne Hathaway or Isla Fisher, but she does a fine job, and while this made-for-TV movie isn’t on par with its theatrical counterparts, it is very well done. All in all, Beauty & the Briefcase is an enjoyable romantic comedy that’s definitely worth watching. 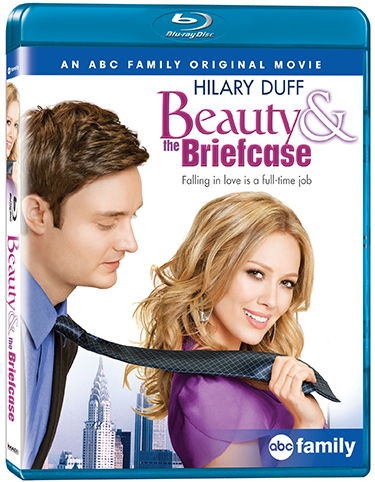 Hilary Duff (A Cinderella Story) shines in this sparkling romantic comedy based on the book Diary of a Working Girl by Daniella Brodsky. Lane, a fashion journalist, gets the assignment of a lifetime when Cosmopolitan magazine hires her to write a story about finding love in the workplace. Posing as a corporate assistant, Lane finds herself torn between the office’s eligible men in suits and a dashing stranger (Chris Marmack, The O.C.) who sweeps her off her feet. Will she find the “magic man” who fulfills her fantasy checklist, or will her story have an ending as unexpected as love itself? The appealing cast includes Michael McMillan (True Blood) and Matt Dallas (Kyle XY), with Emmy-winner Jaime Pressly (My Name is Earl) and the hilarious Jennifer Coolidge (Legally Blonde).

This movie is sooo bad! Actually working in the office environment(an accountant), and being privy to many office meetings and know how directors think and how in general people act at work, this movie is so bad and I’m not sure I think I heard one financial word used in the movie “Hedging”,where they said this is the hedging department. Wow! That is a big word for them. I wonder if they know what hedges are or is that beyond the brainscope? To have Tom, (Michael McMillan) say that he can save the coy by introducing a program for recycled paper! What the…….??? And the Directors love it!!!! Umm, huh? Gee, if I knew that, I would’ve suggested in my company. hahaha!! What a joke.

Why they had Lane (Hilary Duff) putting some sort of tangled bead curtain up around her desk and everyone still respects her and thinks she is smart and not a ditzy looney, I have serious doubts. I love to dress well, look smart but Hilary Duff’s character is a shame to any person looking to enter the finance world. She is an embarrassment.

Another thing, I totally dislike about this movie is the fact that Lane wants to meet Mr Right but she is a shame to the female sex in the way that she treats men. She can’t believe a man would try and be somebody else to impress a woman (so dumps Liam as he is a waiter and not a high professional star as he told her) and goes for businessman Tom (whom we can tell the relationship will last one month if that), however she has also been dating all the men in the office for a story, and date she does! She doesn’t really give any of them the time of day or really show any interest in them. However, they all seem to line up to date her as she is beautiful. However, she is doing it for a story as she feels what it would be like to date an office guy as they would be committed. she is a hypocrite, user, deceitful, a fake. I’m sorry, don’t expect us to respect Lane. She is a shame to all women.

The print is presented in 1080p/AVC MPEG-4 with a 2:35:1 aspect ratio. I found this print to be rather eye pleasing with vibrant colors. Fleshtones are very natural and accurate, considering that we see a few bare necessities throughout. Black levels are solid throughout. The image was also sharp with excellent details. The image is clean and pristine making this a very nice looking image.
Print Quality: 9/10

The audio is presented in a DTS-HD MA lossless 5.1 mix. This film is a dialogue driven film. Dialogue was clean through the center channel with a nice degree of depth. I never had to raise or lower the volume to make out what was being said. The soundfield does get a few effects into play, but nothing major. The soundtrack takes advantage of the soundfield with audio also pouring through the rears.
Print Quality: 9/10

‘Beauty and the Briefcase’ is not that good of a movie that we have seen done one too many times in this genre. It does not help that we have Hilary Duff involved in this film. If you are a fan check this out, if not, stay away.
Overall Rating: 5/10