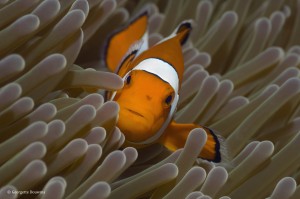 From the BBC and the Discovery Channel, producers of Planet Earth and The Blue Planet: Seas of Life, comes the newest landmark natural history series, Life. In Planet Earth, we brought you the world as you’ve never seen it before. Now, get closer with Life. Four years in the making, filmed over 3000 days, across every continent and in every habitat, with breathtaking new high definition filming techniques developed since Planet Earth, Life presents 130 incredible stories from the frontiers of the natural world, 54 of which have never been filmed before. Packed with excitement, revelation and entertainment, this remarkable 11-part blockbuster, narrated by Oprah Winfrey, captures unprecedented, astonishingly beautiful sequences and demonstrates the spectacular and extraordinary tactics animals and plants have developed to survive and thrive. 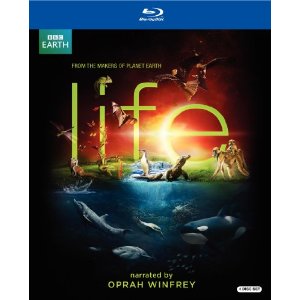 This follow-up to Planet Earth from the BBC is good and continues to keep audiences attracted to its content. We’ve all seen enough footage of big cats on the Serengeti and Africa in the dry season. While Planet Earth was amazing and offered more than just that, it was material that gets old watching again and again. ‘Life’ offers a four-disc set with a wide array of material as Oprah Winfrey takes the helm as narrator.

I must say that while the photography of this new Life series is wonderful, I do prefer the organization and flow of the Planet Earth series. Furthermore, the Life series relies too much on slow motion photography; many scenes are shot ONLY in slow motion, so the viewer really has no idea what the behavior looks like in real time. In many cases it would be better to show a real-time sequence followed by a slow motion one in order to fully appreciate what the slo-mo shot reveals.
Movie Content: 8/10

The print is presented in 1080p/VC-1 with a 1.78:1 aspect ratio. Color is vibrant throughout the presentation yet there are times where the image is rather soft. The softness doesn’t hamper the image, but there are instances where it is very noticeable. There are times where there are artifacts in the image which isn’t overly distracting. Details are rendered rather beautifully throughout the entire presentation.
Video Quality: 9/10

The audio is presented in DTS-HD HR 5.1 mix. This is one of those audio mixes which is dialogue driven and the score fills the soundfield rather wonderfully. The audio presentation here is front heavy as one would expect. Sound effects such as water falling from waterfalls, animals making various sounds, and other various audio effects come pouring into the soundfield. Other than that this is pure dialogue driven.
Audio Quality: 9/10

“Life” is spectacular, beautiful, and amazing series worth checking out. To some viewers it is ruined yet again by having some horrible Oprah narrate. Dave Attenborough is a living legend which should have been the narrator here. If you are a fan of these documentaries this is worth viewing just for the beautiful imagery alone.
Overall Rating: 8/10