Posted in Videogame Reviews by George Theofanopoulos on 01 June 2010 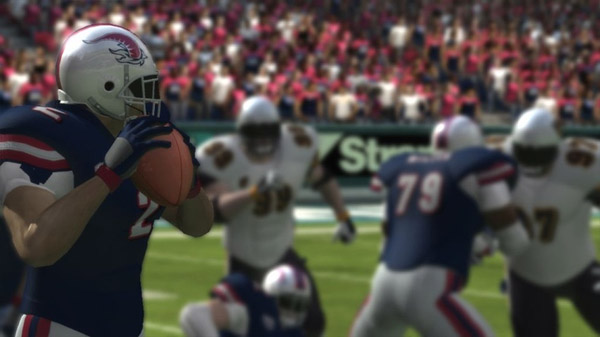 Backbreaker puts you in the center of intense football action as you play intense 11-on-11 player games. Play with up to four friends to prove who has the best skills or play against others in online multi-player mode. With split-screen imaging you and a friend will have the perfect perspective to make game-changing decisions. The Euphoria Engine adds advanced AI to your opponents providing unpredictable moves and a more challenging opponent. Pick-up-and-play action allows even new players to get into the game as they easily enjoy the immersive gameplay. With extensive team customization you can put together an all-star lineup that is sure to come out victorious. Full exhibition and training modes allow you to follow your team every step of the way and increase skills for more cooperative play. Feel the heart-thumping action as your adrenaline races, just watch out every hit could be your last. 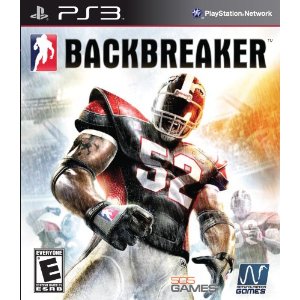 The tackling engine is very well done and will be very very hard enjoying future football releases from other companies when looking at what this engine can do. On the field, the tackling animations are the best we will probably see till BB2 releases.

Some of the action on the field has been very cool which we haven’t seen done so well by a football game yet. I had a pass bounce off of 2 guys and then get caught for an interception. I had another instance where a guy dove for the ball only to have it bounce out of his hands and into another players for an INT. There are some neat things going on here.

I don’t care about fake leagues being used, it is the only way around not having the NFL license. I think that this game actually does a pretty good job of giving us a fictional league and does not have over the top gameplay like Blitz. With Blitz they did a good job providing the history of the league, but I disliked the gameplay on the field and how the difficulty ramped out of control.

Back to BB, once you get past the wonderful tackling animations and semi-deep customization, you are left with many issues on the field. I feel like the O-line just collapses way too early. This ends up either with me causing excessive interceptions or being sacked. When I get sacked 6-7+ times in a game, there is something wrong here. Then when I see up to 2-3 fumbles per game, my heading is spinning. In no way am I trying to compare this game to realistic NFL stats as I see this being a fictional league using rules of football that we are all used to via the NFL.

The camera at times can be frustrating and gets in the way of a play. It’s cool many have been able to get adjusted to it, but it gets worse for me when holding L2 to focus in on a receiver. Things just feel to get a little bit chaotic.

I played a few games where in the first quarter of play the CPU is losing by 7-0 and twice on 4th & 1 they decide to go for it on their 15 yard line. The AI does some very idiotic things.

In 2010, why can I only see my stats during halftime and the end of the game? That to me makes no sense at all. Why do we only get 1 min, 5min, 10 min, etc. quarters of play? I love playing about 6-7 minutes a quarter, but not possible.

It’s fine that guys hate the other football games on the market because of what has happened with exclusive licenses, but at times there are a lot of people that are also oblivious to the issues because of their hate of certain franchises. I hope that this game does sell well enough that we do get a Backbreaker 2. Yes, the developers said that they are working on #2 but if this thing sells badly we may not see it. I really think that with a part 2 that this game can be very very good