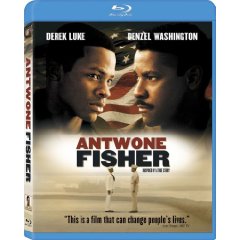 There are plenty of emotional films that have come and gone over the last few years. At times inspirational films tend to fall flat, but when one is presents the story in a unique way, it grabs the viewer’s attention. A lot of that is in part to the excellent performance by Denzel Washington in ‘Antwone Fisher’. This is one film that didn’t garner much attention upon initial release bringing in a total box office gross of $23 million dollars worldwide.

This film is based on a true story of Antwone Fisher whom was a security guard at the Sony Picture lot. He wrote a script on his life hoping that one day it would become a film. With some great luck, Denzel Washington got involved with the film. We are taken through a rollercoaster ride in the life of Antwone Fisher. Some parts of the story are fiction, but help push the element of emotion even further along.

Antwone Fisher (Derek Luke) awakes from a dream he is having somewhat startled. We see him on a U.S. Naval ship in San Diego, CA. He is seeing Navy psychiatrist Jerome Davenport (Denzel Washington) due to his problems with anger constantly getting him into trouble. It leads him to get into multiple fights with others on the ship. This is where we learn about Fisher’s younger days being filled with horrible treatment growing up. He lived with various foster parents which did not do much for his upbringing.

Fisher also has an ongoing relationship with Cheryl (Joy Bryant) whom is an enlistee. She works hard to help him change his ways, but he can’t get things together until one day when Davenport convinces him to go back home. He needs to face his problems head on to finally release the demons. We also learn that Davenport has issues/struggles of his own. This comes out more and more during his sessions with Fisher. One of the biggest problems is that Davenport has a failing marriage. Both Fisher and Davenport get to a point where they are helping each other mentally with the demons they share.

This is a film that could easily be overlooked due to having been there done that story. It touches the viewer in so many different places; you really get pulled in emotionally. Both Luke and Washington are unbelievable in their roles here. Washington does double duty since he also directs the film with this being his directorial debut. There were a few times towards the end where this film really took a tug at my heart, and it will do the same too many more.
Movie Content: 4.5/5 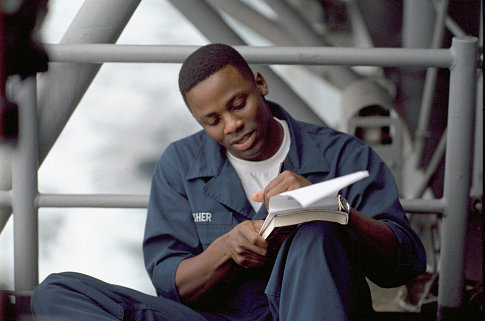 The print is presented in 1080p/AVC MPEG-4 with a 2.35:1 aspect ratio. Colors look good providing a solid color palette. Black levels are also fine, yet do not stand out. Flesh tones are accurate and natural. I did notice some print issues throughout the film, but they weren’t anything that became overly distracting. There is some subtle grain throughout helping fit in with the film’s overall feel and tone.
Video Quality: 4/5

The audio is presented in DTS HD MA 5.1 mix. This is not a mix that will blow you away, but the rears do provide several moments of excellent sounding effects. Mychael Danna’s score is also very good and fits the film well. The dialogue is clean and clear through the center channel. This is a well balanced mix.
Audio Quality: 4/5 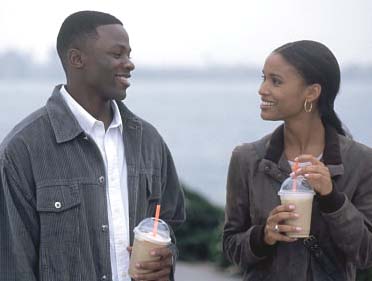 All special features are available in standard definition. All the extras have been ported from the previous DVD release.
Special Features: 4/5

For fans of the film I can’t recommend enough to upgrade to the Blu-ray version with better audio and video. All of the special features have been ported over from the DVD release so this is the ultimate package of the film to own.
Overall Rating: 4/5 (Purchase for fans, Rental for others)