Posted in DVD Reviews by George Theofanopoulos on 10 March 2019 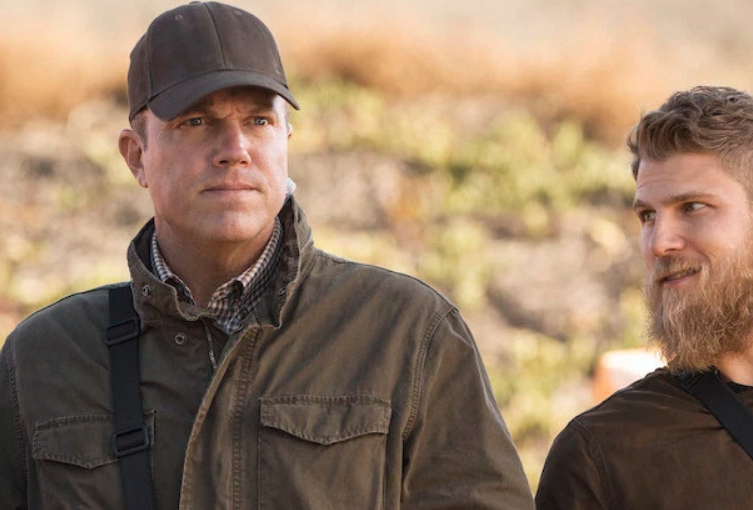 In the final season of The Last Ship, the world is finally recovering from the deadly virus that devastated the population, but global political unrest remains. Tom Chandler (Eric Dane) has retired and his former crew has scattered, many having risen in the ranks within the Navy. Sasha Cooper (Bridget Regan), Lieutenant Danny Green (Travis Van Winkle), SBS WO-N Wolf Taylor (Bren Foster) and Sergeant Azima Kandie (Jodie Turner Smith) are on a covert mission in Panama. When they are wrongly blamed for an attack on the Panamanian president, the consequences for the United States are dire. The Nathan James must fight to prevent invasion by Latin America — and the next world war. Season five is The Last Ship at its most epic, upping the ante on action and excitement, but at its core, it underscores the costs of prolonged war and the toll it takes on the heroes who fight it. 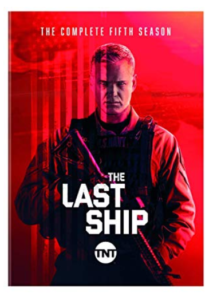 The lead character, Tom Chandler is a very strong male lead who grows on you with each season. But my favorite part of this series is the scenes where the warship Nathan James gets into combat scenarios and you see the various Nathan James bridge officers working like a well-oiled machine, a tightly organized team, running the various aspects of the ship’s offensive, defensive, and communications capabilities and using the technical lingo they have to use in talking to each other to operate efficiently on the ship’s bridge in crisis. I like many other aspects of this show as well. So often with military shows one can tell that the writers do not really identify with, respect, or understand the US military and have instead a subtly negative and unrealistic view, for example officers are way too frequently portrayed as war-mongering thugs, uneducated louts, or would-be dictators. Not in this show. The writers of this show clearly respect and love the US military and understand its extraordinary professionalism, heroism, and remarkable capacity for teamwork brilliantly integrated with the most advanced technical organization. True, the main characters in the show are larger than life heroes and the show is fiction, but the heroism of these characters is not all that far above the heroism of many people in the real US military. A fun show.

I highly recommend “The Last Ship” Season 5 if you are a longtime fan of this TV series. Yes, the writers obviously struggled to keep things as fresh and rivoting in Season 5 as Season 1, but ultimately a warship really only can be one thing….and therefore the essential plot line is doomed to lose originality over time.
Overall Rating: 9/10