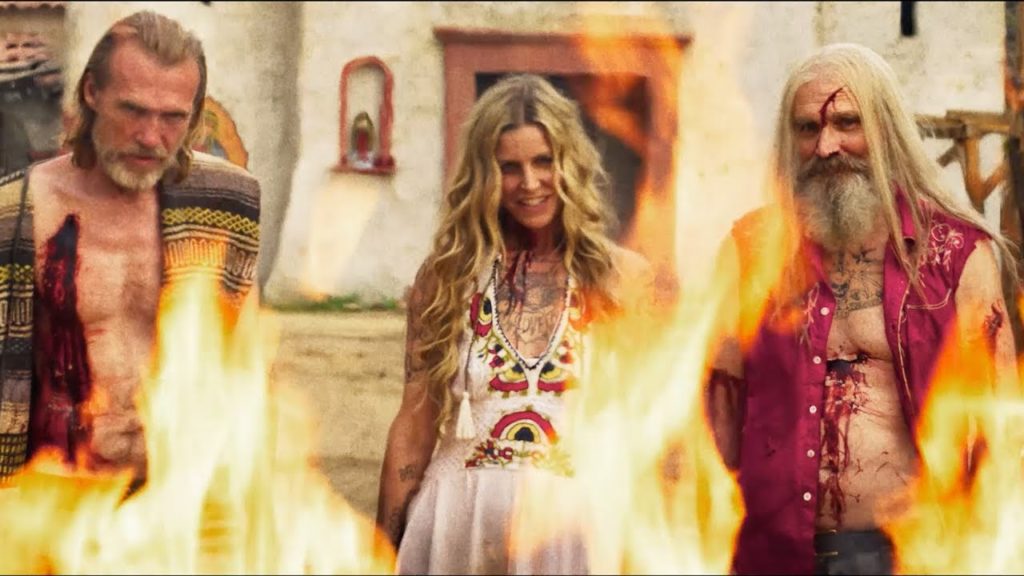 First there was House of 1000 Corpses. Then there was The Devil’s Rejects. Now, from writer/director Rob Zombie, comes the next blood-soaked chapter in the most violent crime saga in history… 3 From Hell. Crazed killers Baby Firefly, Captain Spaulding and Otis Driftwood return to unleash bloody mayhem. 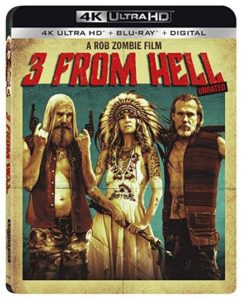 For me House of 1000 Corpses and Devil’s Rejects are two completely different films that bear little resemblance to one another other than character names. Rejects is a great lesson in how to mix horror with comedy and blur the lines between good and evil, where as for me 1000 corpses was all style over substance.

It’s because of Devil’s Rejects that 3 from hell suffers, we already know Baby and we already know Otis and where their character development felt fresh in Devils Rejects it just feels a bit rehashed in 3 from Hell. So with that said what other characters can then take up the mantle? Richard Brake’s character is a decent edition to the family but not a patch on his role in 31, and then there is no Sheriff Wydell style character within this to get behind or to hate so you’re just kind of left with Baby and Otis doing what they do best – slicing and dicing, which is fine but we’ve seen that all before. There isn’t really much suspense in this either which might be what Rob was going for and the musical score just doesn’t have the oomph of Reject’s either.

The print is presented in 1080p/AVC MPEG-4 with a 1:85:1 aspect ratio. I was very impressed with this print on 4K Blu-ray, I felt like Lionsgate did a fantastic job presenting this film in high definition. Colors are strong in this print as the world looks dark and has several daytime scenes. There are certain colors like the reds and yellows that due stand out, and when they do, they carry a nice pop to them. Black levels are inky and very strong throughout the film. This is an area where the film shines due to the dark nature helping give it atmosphere. Details are also excellent with facial pores being so evident.
Print Quality: 9/10

The audio is presented in a Dolby TrueHD 7.1 mix. This mix does a good job from a dialog and soundfield perspective. The surrounds work very well with the sound effects that are used from the score. Dialogue comes through the center channel very clear and crisp. This is a very immersive sound mix with bass also being properly spaced out.
Audio Quality: 9/10

If you liked the previous two movies, you’ll find something to like about ‘3 From Hell’, but it still lacks what was so special about The Devils Rejects. I was left wanting more at the end and even some closure if this is truly the end of the firefly family.
Overall Rating: 7/10