Posted in Blu-ray Reviews, Sports by George Theofanopoulos on 16 January 2009

In one of the first Woody Allen films on Blu-ray, ‘Vicky Cristina Barcelona’ takes love in a completely different direction than one would expect. Vicky (Rebecca Hall) and Cristina (Scarlett Johansson) are in Spain for the summer as both women are looking to have the time of their lives. They end up meeting a Spaniard Juan Antonio (Javier Bardem) who is a painter and he has his eyes on the girls. Then out of nowhere, the Spaniard offers the girls to take them to Oviedo for an even better time than they are having now. Cristina becomes intrigued by the offer and is ready for some adventure. While Vicky is kind of stand offish by this offer as she is also engaged which she doesn’t want to risk her relationship.

The girls end up agreeing with each other to go with Antonio as his seduction is way too strong for them to resist. The harder that Vicky tries to resist, the more she gets pulled into Antonio’s world. Both Cristina and Antonio end up moving in together right away without even a second thought. Things do not go well for the two as Antonio’s ex-wife Maria Elena (Penelope Cruz) gets involved. While at first she was apprehensive, it turns into a love triangle between the three. Then we get another surprise when Vicky’s fiancé Doug (Chris Messina) arrives in Barcelona. Not only does this make things uncomfortable, but it throws a wrench in Vicky’s plans.

I have never been a huge fan of Woody Allen films, but ‘Vicky Cristina Barcelona’ is a rather interesting film. It is rather interesting as to how Antonio can steal the heart of two women, let alone have his ex-wife come back into the fold. That is one real ladies man right there that knows how to play the field. This is where Bardem as a good actor that he is makes this feel very real.

Allen’s approach to the romantic dramedy is very well done here as there is no hidden meaning. It is just these five characters that we meet and take an emotional ride through their lives as they have changed by one man. This is a film more about an internal conflict than having an adversary even though some may look at Antonio as the bad guy here.
Movie Content: 4/5 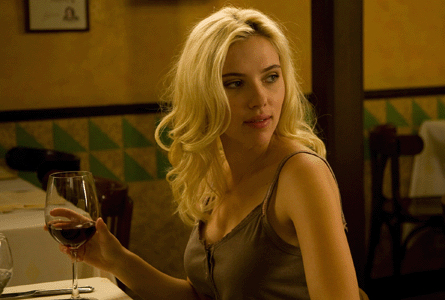 The print is presented in 1080p/VC-1 with a 1.85:1 aspect ratio. The film looks beautiful on blu-ray, considering that we are in parts of Spain. Colors look good; yet they are a tad bit softer than expected. Flesh tones are natural and accurate. Details were good, but when the camera panned out there was an issue with the details getting out of focus.
Video Quality: 4/5

The audio is presented in PCM 3.0 Uncompressed mix. Woody Allen is a proponent of monaural audio. With his films being dialogue heavy, voices come through the center channel nice and clear. Even the soundtrack comes from the front channels as this is a front heavy experience.
Audio Quality: 4/5 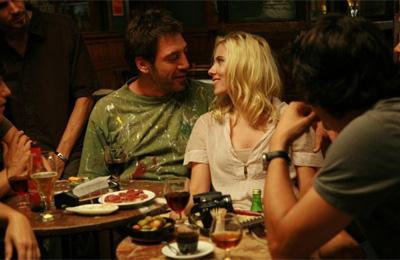 No special features are available with the film as this is a bare bones release.
Special Features: 0/5

‘Vicky Cristina Barcelona’ takes love in a different direction than one would expect. Woody Allen focuses on how one will pursuit another, and how love can have many different meanings. Allen does this almost perfectly in his screenwriting and direction. The Blu-ray version has a few flaws with its video, but is the best way to view this film with excellent details. If you are a fan of Woody Allen, I highly recommend his as a purchase.
Overall Rating: 3.5/5 (Rental)